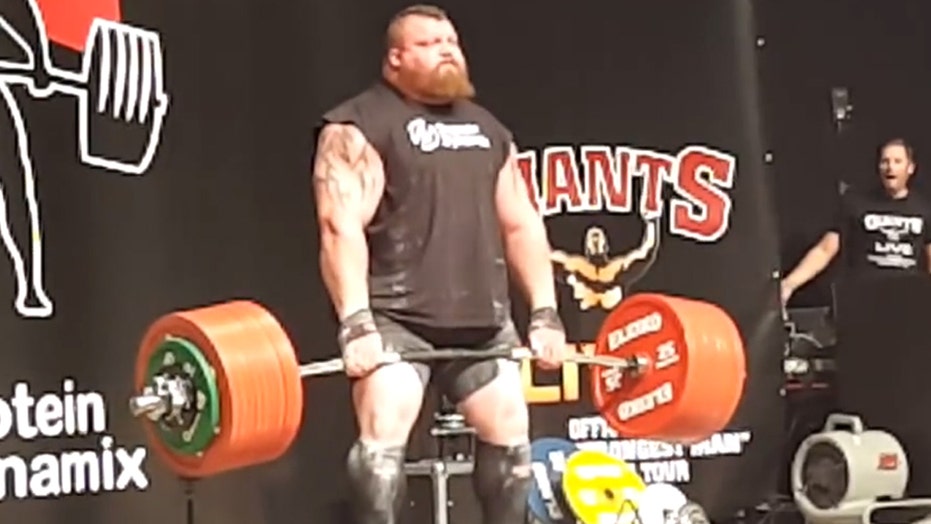 A British weightlifter set a new record over the weekend when he lifted 1,102 pounds, but the feat didn’t come without consequence. Eddie Hall, 28, burst several blood vessels in his head during the effort, the Yorkshire Evening Post reported.

After the lift, Hall slumped to the ground and staff surrounded him.

"That nearly killed me,” the champion athlete told the Yorkshire Evening Post. “The pressure on my body was surreal. I passed out after. I had nosebleeds. It's not healthy doing something like that.”

Hall’s achievement during the World Deadlift Championships was a world record, as he lifted about 70 pounds more than anyone has done before, the newspaper reported.

Hall, who is 6 feet, 3 inches tall and weighs 406 pounds, hopes to win the title of World’s Strongest Man, a competition that will take place later this year.

"It's that great feeling, like the first man on the moon, the first man to run a mile in under four minutes,” Hall told the newspaper. “It's history, and I'm very proud to be a part of it.”