Federal agencies behind efforts to address the nation's harrowing opioid epidemic took major steps this week to address a brewing public health crisis involving pain patients who have been wrongly cut off or abruptly tapered down from their prescription painkillers.

Both the Food and Drug Administration (FDA) and the Centers for Disease Control and Prevention (CDC) warned doctors not to abruptly stop prescribing opioid painkillers to patients who are taking them for chronic debilitating pain, generally lasting more than three months.

The FDA issued an alert to doctors on the dangers of making abrupt changes in opioid treatment of chronic pain. It's also amending labels on opioids that inform doctors how to taper them. These include opioids such as OxyContin, Vicodin and dozens of generic pills.

The agency noted that chronic-pain patients who have responsibly taken opioids under medical supervision are wrongly being tapered down or abandoned by doctors who are afraid of being targeted by authorities in the current anti-opioid climate.

GUTFIELD ON THE UNINTENDED VICTIMS OF THE OPIOIDS CRACKDOWN

On its website, the agency said: “FDA has received reports of serious harm, including serious withdrawal symptoms, uncontrolled pain and suicide, in patients who are physically dependent on opioid pain medicines when these medicines are suddenly discontinued or when the dose is reduced too quickly, often without adequate patient communication, follow-up or support.”

In another significant move, the CDC has issued a clarification to its 2016 opioid prescribing guidelines, which – in contrast to the agency’s emphasis that they were not mandates – have been used to enforce strict painkiller policies at the state and federal levels. The clarification – for which pain patient advocates and many medical groups have been pushing – stresses that the guidelines are just suggestions that targeted primary care doctors who were prescribing opioids to first-time users.

Many of the leading critics of strict measures targeting legal opioids hailed the moves by the FDA and CDC. 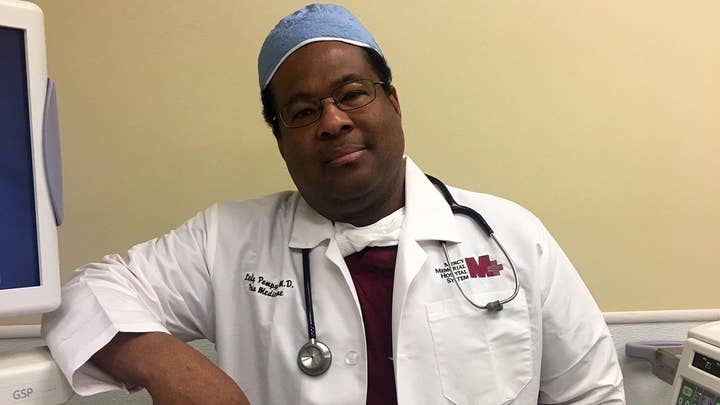 “It’s a game-changer,” said Michael Schatman, who directs research and network development at Boston Pain Care, which uses an array of programs – including exercise, psychotherapy as well as prescription painkillers—to treat pain. “It’s going to result, hopefully, in the de-weaponization of the CDC guidelines, which had a chilling effect on the physicians who have been scared to prescribe opioids.”

“State medical boards, state attorneys general, insurance carriers, pharmacies, and the health care system have weaponized the guidelines, and doctors have told patients that they have to take them off opioids because it’s the law," said Schatman, who is a clinical psychologist. "They’re lying.”

Last December, Fox News ran a three-part series about the unintended consequences of the anti-opioid crackdown. The series reported that pain patients around the country who relied on opioids – either entirely or as part of a larger treatment regimen – for years in order to function suddenly were being put on ineffective low doses or dropped by their doctors altogether. In many cases, the patients told Fox News that they had tried non-opioid treatments for their pain, but turned to opioids as a final resort after the other methods did not bring relief.

SINCE WHEN DOES THE GOVERNMENT WRITE PRESCRIPTIONS?

Many who had been tapered down or cut off confided that they had suicide plans or had thought of suicide, and doctors who have tapered patients or dropped them told Fox News that some of them had killed themselves after becoming completely debilitated. Pain sufferers whose painkillers were tapered or stopped included cancer patients, a double amputee with multiple health problems, a woman with a rare disease that causes such intense spasms they bend her backward, and even a man with a terminal illness who was entering a hospice facility.

“We all agree that there was overprescribing of opioids” at one time, said Kate Nicholson, a former federal prosecutor who credits her opioid treatment with allowing her to function after years of being bedridden. “We have an opioid crisis, which is now dominated by [illicit] fentanyl and heroin. We tried to change prescriber behavior, and a lot of the efforts were good and positive. Prescribers are much more cautious when starting new patients on opioids, and that is a win.”

“But we have also ended up cutting off a lot of people who legitimately use their medication,” said Nicholson, who served for 20 years in the Department of Justice’s civil rights division, where she drafted current regulations under the Americans With Disabilities Act. “There’s a population of people who have been on them for a long time, some for decades, and now they’re being denied their medication or forcibly tapered – and these patients have been destabilized -- because the CDC and law enforcement agencies and pharmacies and others have been focused lowering opioid use.”

Nicholson said the move by the CDC to sound an alarm to prescribers and regulators is significant because “it’s their guidelines that have been used to apply these [misguided] policies.”

Opioid medications can be addictive and dangerous even when used under doctors’ orders, though they are also an accepted tool to treat severe pain from serious injuries, surgery and cancer. Prescriptions have fallen in the U.S. by nearly a quarter since peaking at more than 255 million prescriptions in 2012. Driving the decline are new laws and prescribing limits from state and local governments, insurers and hospital systems. Those limits restrict the number of pills, refills and who can prescribe opioids.

But health care experts and pain patients say that the limits are overzealous and treat all pain sufferers in a one-size-fits-all manner.

They argue that the opioid overdose epidemic is driven largely by illegal opioids – such as fentanyl and heroin – or prescription painkillers stolen from the patients who legitimately need them. They say that legal opioids became an easy target in the fervor to respond to the overdose crisis, and that it has done nothing to solve the overdose fatality rate, which has continued to rise.

"The pendulum swung too far," said Schatman about the government's crackdown on prescription opioids.

"About 20 million people in the U.S. have chronic, high-impact pain and are disabled by it," Schatman said. "A good proportion of them find that opioids make them more functional and allow them to enjoy a higher quality of life. Government agencies have not been sympathetic to chronic pain patients."

In March, the CDC received a letter signed by more than 300 medical experts, including former drug czars from the Obama, Clinton and Nixon administrations, expressing concern that the 2016 guidelines had become a tool for insurers to deny opioid coverage and for doctors to undertreat or drop pain patients.

Many say they'll take a wait-and-see approach before proclaiming the moves by the FDA and CDC a victory for pain patients.

"It's a beginning, it is significant, but it is just the beginning," Nicholson said. "Deconstructing what has happened [because of the overzealous crackdown on prescriptions] will be an onerous process."

The FDA's new label will warn doctors that rapidly discontinuing opioids in patients who are dependent on them can cause withdrawal symptoms including uncontrolled pain, nausea, chills and anxiety. In the worst cases, the FDA noted, these problems have been tied to suicide.

The federal agency said doctors and patients should agree on a plan to gradually reduce their dosage, based on their treatment history, type of pain, psychological state and other factors. The FDA stressed the importance of a customized plan, saying no standard method “exists that is suitable for all patients.”

The CDC said opioids should be reserved for the most severe forms of long-term pain. That narrow use was long accepted. But beginning in the 1990s some drugmakers, insurers and pain specialists called for wider use of the drugs for more common pain ailments like backaches and arthritis.

"My instinct is to acknowledge incremental progress, and then get busy forcing the immediate recall and repudiation of the entire [CDC] guidelines document and all state legislation or regulation that incorporates it," said Richard Lawhern, a pain patient advocate and health care writer.

"We likely won't be able to avoid a rewrite effort for 'some' kind of guideline, because doctors won't reenter pain management practice without a shield from sanctions," Lawhern said, adding that what is needed are "actionable recommendations to Congress that allow doctors to use their judgment, and give them meaningful education to develop that judgment."