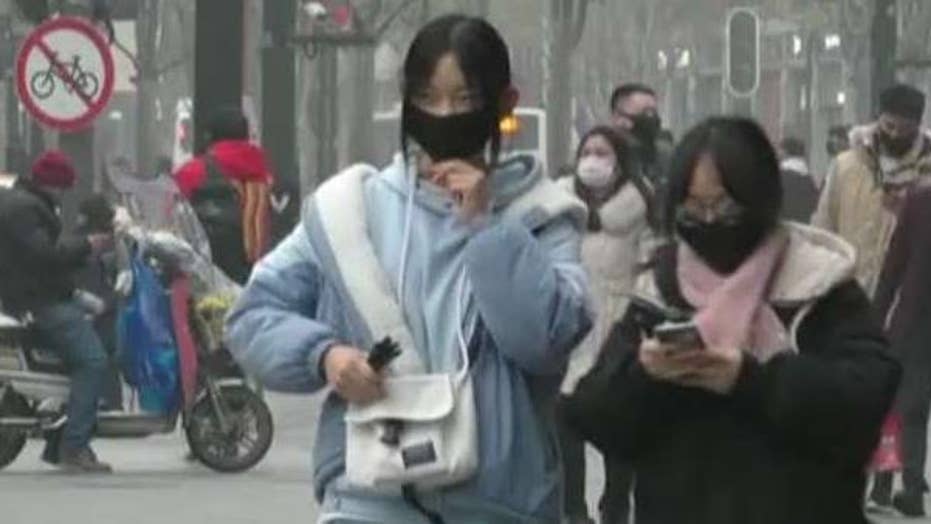 The U.S. government is sending a charter flight to the Chinese city of Wuhan on Sunday in an effort to evacuate its citizens and diplomats as the country continues to battle an outbreak of the coronavirus that has already killed 41 people and infected over 1,300 more, reports say.

The U.S. consulate contacted known American citizens living in Wuhan where the virus is believed to have originated from and offering them a seat on the 230 person flight back to the U.S., the Wall Street Journal reported, citing a person familiar with the operation.

CORONAVIRUS DEATH TOLL RISES TO 41 IN CHINA, MORE THAN 1,200 SICKENED

According to the report, those interested will be responsible for the cost of being evacuated which could cost many times more the price of a commercial flight from China directly to the U.S.

In the city of more than 11 million people, it is estimated that there are approximately 1,000 Americans living there.

A medical worker attends to a patient in the intensive care unit at Zhongnan Hospital of Wuhan University in Wuhan in central China's Hubei Province. C(Xiong Qi/Xinhua via AP)

It’s not immediately clear if the Boeing 767 will make multiple trips but the person familiar with the operation said any available seats may be offered to non-U.S. citizens, including foreign diplomats.

Officials are also said to be taking extreme caution when evacuating, as to prevent the virus from spreading.

Medical personal will be aboard the flight to check if anyone has been infected and to care for and prevent its spread if so, according to the report.

Chinese officials have put Wuhan on lockdown after the pneumonia-like virus has infected more than 1,300 people and killed 41.

Most of China's provinces and cities activated a Level 1 public health alert, the highest in a four-tier system, the state-owned China Daily newspaper reported Saturday.

China cut off trains, planes and other links to Wuhan on Wednesday, as well as public transportation within the city, and has steadily expanded a lockdown to 16 surrounding cities with a combined population of more than 50 million, greater than that of New York, London, Paris, and Moscow combined.

The cities of Yichang, Suizhou, and Jingzhou were the latest added to the list on Friday evening and Saturday.

Hong Kong leader Carrie Lam also said her government would raise its response level to emergency, the highest one, and close primary and secondary schools for two more weeks on top of next week's Lunar New Year holiday.

Wuhan went a step further Saturday, announcing vehicle use including private cars would be banned in downtown areas starting after midnight, state media reported. Only authorized vehicles to carry supplies and for other needs would be permitted after that, the reports said.

Meanwhile, a second person tested positive for the virus in the U.S. An Illinois woman in her 60s had recently traveled to Wuhan and arrived back home on Jan. 13. She reported possible symptoms a few days later and was admitted to a hospital.

A man in his 30s who was the first confirmed case in the U.S. He is in stable condition at the Providence Regional Medical Center in Everett, Wash.

As of Friday, South Korea, Japan, Singapore, Thailand, Hong Kong, Macao, Taiwan, the U.S. and Vietnam had all confirmed coronavirus cases. On Friday. Australia announced its first case, a Chinese man in his 50s who returned from China last week.