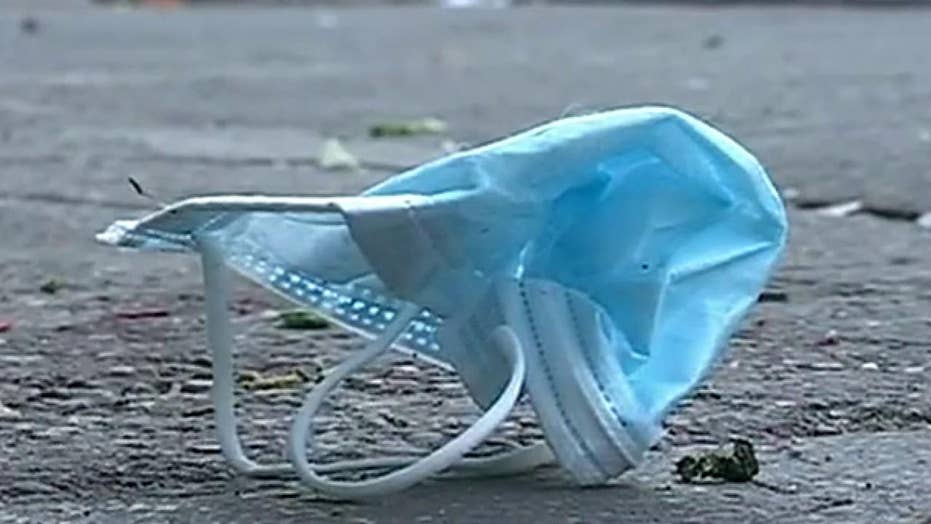 California case of coronavirus is 3rd confirmed in US

The third case of coronavirus in the U.S. was confirmed in Southern California, according to the Orange County Health Care Agency's Communicable Disease Control Division.

A deadly new virus that originated in China and is popping up across the world is spurring some cities to cancel Lunar New Year events in an attempt to limit the risk of infection.

Officials in China announced Sunday that the coronavirus has killed at least 56 people and infected 1,975, an increase of 688 cases in 24 hours. China's health minister, Ma Xiaowei, said the country was entering a “crucial stage" as “it seems like the ability of the virus to spread is getting stronger."

Three cases have been confirmed so far in the United States.

The coronavirus — from a family of viruses that also caused the deadly SARS epidemic in 2002-03 -- has spread amid China's busiest travel period of the year, when millions crisscross the country or head abroad for the Lunar New Year holiday.

In France, Paris Mayor Anne Hidalgo said Sunday that Paris-based Chinese associations have canceled a Lunar New Year parade due to the epidemic.

Members of the Chinese community dance with costumes to mark the Chinese New Year at the Eiffel Tower in Paris, Saturday Jan. 25, 2020. (AP Photo/Michel Euler)

“I have met with the Chinese community in Paris. They are very emotional and concerned, and they have decided to cancel the parade that was scheduled for this afternoon at Place de la Republique,” Hidalgo said on Europe 1 radio. “They are really not in a mood to party now."

France confirmed three cases of the virus Friday, the first in Europe.

China's most festive holiday began in the shadow of a worrying new virus Saturday as the death toll grew, an unprecedented lockdown kept 36 million people from traveling and authorities canceled a host of Lunar New Year events. (AP Photo/Mark Schiefelbein)

On Saturday, the city of Bordeaux in the southwest part of the country canceled its planned Chinese New Year festivities in order to help contain the virus and as a gesture of support to those affected in China, Reuters reported.

Officials in China canceled Lunar New Year festivities across the mainland and scaled back celebrations in semi-autonomous Hong Kong.

On Saturday, many people stayed home with temples, major tourist sites and movie theaters all shuttered as authorities sought to limit the spread of the virus.

Beijing canceled all temple fairs, a popular tradition in northern China, with performances, games for children and booths selling snacks and New Year's-themed souvenirs, according to The Associated Press.

The Forbidden City in Beijing, Shanghai Disneyland, and a major safari park are among the tourist destinations that have closed indefinitely.

People pray at the Wong Tai Sin Temple, in Hong Kong, Saturday, Jan. 25, 2020 to celebrate the Lunar New Year which marks the Year of the Rat in the Chinese zodiac. (AP Photo/Achmad Ibrahim)

People in Wuhan, where the outbreak started, and more than a dozen nearby cities are unable to move about easily or leave town after authorities shut down buses, trains and planes and set up roadblocks to contain the virus.

CALIFORNIA CASE OF CORONAVIRUS IS 3RD CONFIRMED IN US

In Hong Kong, three new cases of coronavirus were reported, bringing the total to five. The city has canceled a fireworks show and a four-day carnival that was set to begin Sunday because of concerns about the virus.

Crowds of people, many in masks, lined up just before midnight on New Year's Eve to leave lighted incense sticks and offer prayers at the Wong Tai Sin temple.

“The atmosphere of Lunar New Year is not as good as last year even if there’s no coronavirus," May Wen told the AP. “Some shops closed down, and people aren't in the mood to go shopping.”

Face mask prices have skyrocketed in Hong Kong in recent days as residents scramble to stock up over fears about coronavirus, with many places running out of stock, the South China Morning Post reported.

In Taiwan, where there are three confirmed cases of a virus, thousands of wearing face masks turned out Saturday to visit Longshan Temple in Taipei, the capital city. North Korea has closed its borders to foreigners to prevent the virus from entering the country

The third case of coronavirus in the U.S. was confirmed in Southern California on Saturday, according to the Orange County Health Care Agency's Communicable Disease Control Division.

China's most festive holiday, the Lunar New Year, began in the shadow of a worrying new virus as the death toll grew, an unprecedented lockdown kept 36 million people from traveling and authorities canceled a host of Lunar New Year events. (AP Photo/Achmad Ibrahim)

The patient had recently returned from Wuhan and was in a hospital in good condition by Saturday evening, the agency said in a statement.

Officials didn't provide details about the infected patient, but said there's no evidence anyone else in Orange County was exposed to the highly contagious virus.