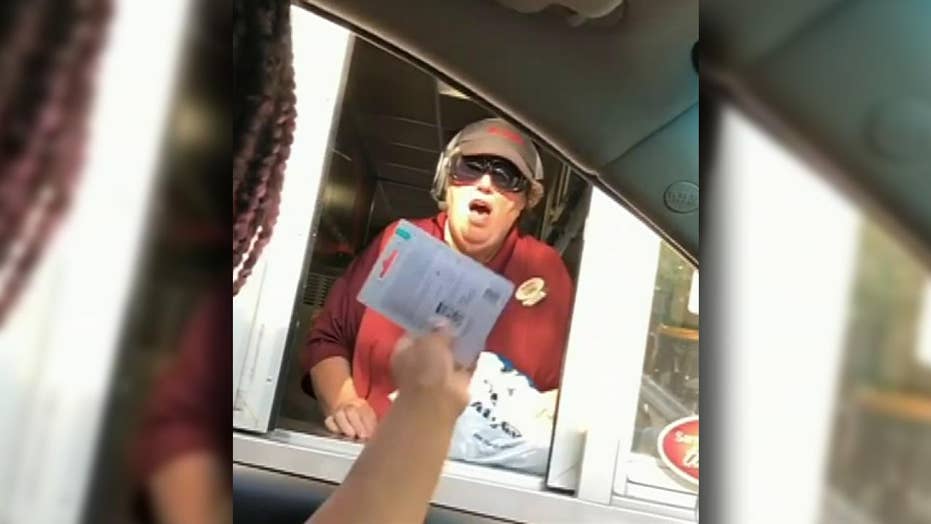 Lamiyah Jabbar decided to do something special for one of her passengers.

A generous Uber driver in upstate New York helped a fast-food employee who had been a passenger in her car, after learning she was waiting until Christmas to buy new clothes.

When Lamiyah Jabbar picked up a woman named Diane for work earlier this month, Jabbar said she learned about her financial struggles.

UBER REMOVES DRIVER AFTER HE USED WOMAN'S ACCOUNT TO GIVE HIMSELF 5-STAR RATING, $100 TIP, REPORT SAYS

“During the whole ride, she was talking about how she takes care of her grandkids and how she hasn’t had money to buy herself anything in so long and she was actually going to wait until Christmas,” Jabbar said in a video posted to Instagram.

“It’s August and she’s waiting until Christmas so she can save up money to just buy her a dress for church and a robe and house shoes.”

Jabbar dropped off Diane at a Tim Hortons in Buffalo.

Jabbar then said she went to Old Navy to buy Diane a dress and also picked up a $50 Visa gift card.

“I ran over everywhere today and could not find a robe and house shoes so now she can buy it herself,” Jabbar said in the Instagram video.

In the caption, Jabbar wrote, “This was on my mind from the moment she got out my car, so I had to contribute.”

She added, “Can u imagine waiting till [sic] Christmas just to get a robe, house shoes and a[n] outfit for church, we tend to take things for granted, but why not help someone else if u [sic] can.”

Diane appeared stunned by the random act of kindness.

"Thank you so much. This has been such a horrible day and you just made it so much better," she can be heard saying on the video.

Jabbar was heard in the video telling Diane she was going to pick her up from work and give her a ride home for free when she was done with her shift.