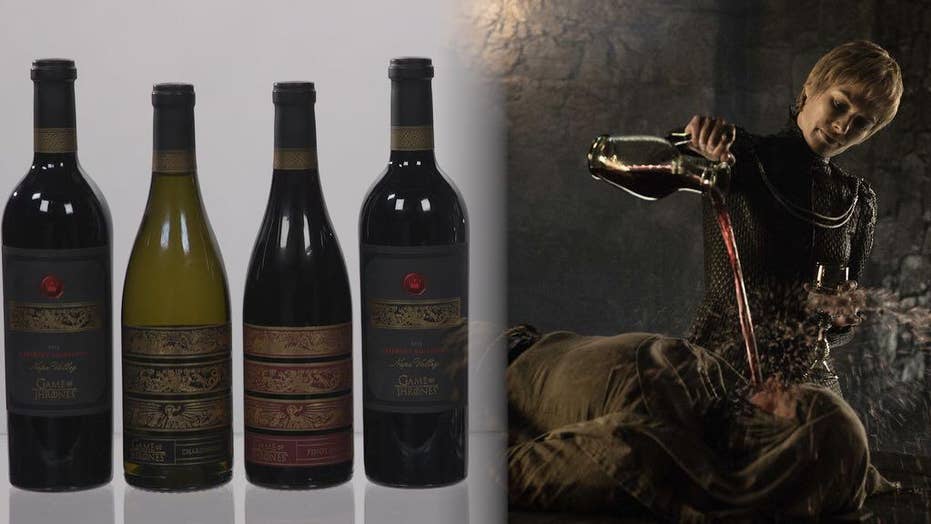 Which ‘Game of Thrones’ character would you pair with these wines?

HBO teamed up with Vintage Wine Estates (VWE) and winemaker Bob Cabral to create a set of wines for its blockbuster show. The selection of wines includes a Chardonnay, a Cabernet Sauvignon, a Pinot Noir, and a red blend.

As Tyrion Lannister matter-of-factly tells Jon Snow, “Everything is better with wine in the belly.” And as it turns out, the folks behind HBO's “Game of Thrones” believe that principle extends to the show itself, too.

Thanks to acclaimed winemaker Bob Cabral, fans can now enjoy sipping official wines that embody the spirit of the series and its characters, imbibing fine wines just as their favorite characters often do on-screen.

HBO first teamed up with Vintage Wine Estates (VWE) and Cabral in 2017 to create a set of wines for its blockbuster show. That selection included a Chardonnay, a Cabernet Sauvignon, a red blend and later a Pinot Noir, which was added to the collection in 2018.

“Vintage Wine Estates & I presented a couple of initial wine blends to HBO to facilitate the discussions of collaborating on this project,” Cabral tells Fox News. “Once they met us all face-to-face and we tasted the blends, the deal was pretty much set. HBO and the winemakers at VWE, that I work directly with, have been a dream to work with.”

Celebrated winemaker Bob Cabral said that if he ever crafts another "Game of Thrones" wine, he would aim for one that would represent the entirety of Westeros.

Cabral was able to combine his passion for “Game of Thrones” with his passion for wine, and his fandom is clear when he reveals his inspiration for the set. “In general, the inspiration for each bottling were the kingdoms, and as you head to the far north (home of Winterfell), I envisioned much heartier reds like the Napa Cabernet Sauvignon and the Central Coast Red Blend,” explains Cabral. “Those kingdoms would be eating more meats and heartier stews, root vegetables — foods with stronger flavors.”

Cabral, a former Wine Enthusiast’s "Wine Maker of the Year," also revealed that his inspiration for the Oregon Pinot Noir and the Central Coast Chardonnay were the show’s southern kingdoms. “The wines were all crafted to appeal to a broad range of consumers (easier said than done) — meaning softer tannins in the reds and good acidity in the Chardonnay to keep the wines fresh and vibrant,” says Cabral.

Nikki McCutcheon, the sommelier and beverage director at TAO Group, added that each “Game of Thrones” wine could easily be paired with the show's characters, as well as its regions. For instance, McCutcheon reveals that Arya Stark most embodies the Chardonnay. “Chardonnay is known as the ‘chameleon grape, the chameleon varietal,’ it’s grown all over the world and wherever it’s grown it takes over the characteristics of that area or the terroir,” explains McCutcheon. “I think Arya Stark is very much like that, [being] the girl with many faces.”

McCutcheon says that the red blend is predominately Petite Sirah and Zinfandel — a complex combination she associates with Daenerys Targaryen. “The red blend is really complex, like Daenerys, she has a lot going on. It’s bold, it’s strong. It’s a really great wine,” says McCutcheon.

Cabral tells Fox News that his favorite character is, in fact, Daenerys. “I really like the character of Daenerys Targaryen, as she is as powerful and ruthless as she is stunningly beautiful.”

Cabral also adds that if he could craft another "Game of Thrones" wine, he would aim for one that would represent the entirety of Westeros.

“I would want to make a red blend of seven of my favorite red wine grape varieties to represent the Seven Kingdoms. Maybe labeled Westeros Red or Baratheon Red. I would take it up a notch from the Central Coast Red and maybe make it a Sonoma or Napa Appellation blend.”

To find out which characters Nikki McCutcheon pairs with the Pinot Noir and Cabernet Sauvignon, watch the full video above.