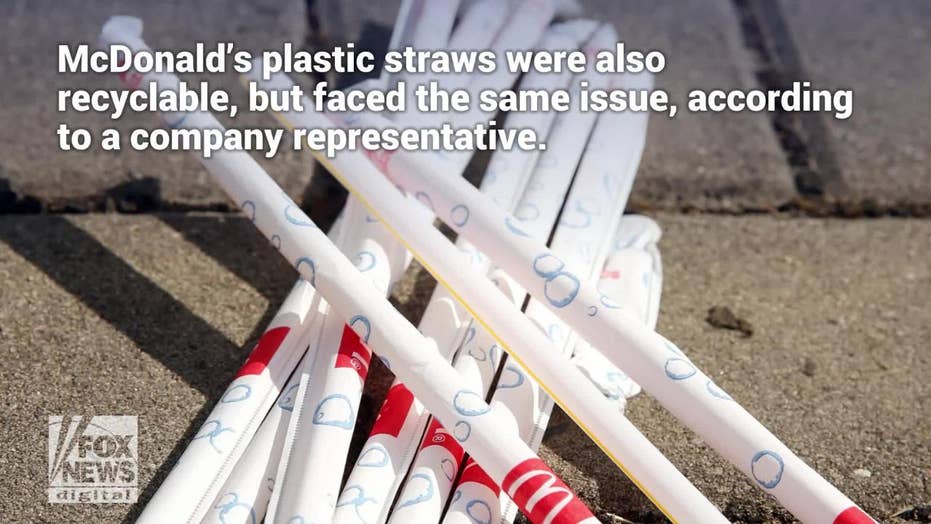 McDonald’s announced plans last year to switch to paper straws in&nbsp;the&nbsp;United Kingdom&nbsp;and&nbsp;Ireland but hit a snag when it comes to recycling.

McDonald's restaurants in Europe serve paper straws to customers to avoid using plastic — but those paper straws, it turns out, are not yet able to be recycled.

The fast-food company announced last year plans to switch to paper straws in the United Kingdom and Ireland in 2019 as part of McDonald's "goal to source 100% of guest packaging from renewable, recycled, or certified sources by 2025 and to have guest packaging recycling in all restaurants globally."

But the new paper straws, McDonald's told Fox News, are not able to be recycled because of problems with waste processing.

"We have moved quickly to paper straws — balancing the more positive impact they have on the environment with finding a straw which meets customer expectations," a spokesperson said. "Whilst the materials the straws are made from are recyclable they cannot currently be processed by waste solution providers and local authorities unless collected separately."

The problem "is a wider industry issue, as the infrastructure needed to recycle has not kept pace with the emergence of paper straws," the spokesperson added.

LESLIE MARSHALL: TRUMP IS WRONG ABOUT PLASTIC STRAWS — THEY REALLY DO CAUSE PROBLEMS

“We are working with our waste management providers to find a sustainable solution, as we did with paper cups, and so the advice to put paper straws in general waste is therefore temporary," the company said. "This waste from our restaurants does not go to landfill but is used to generate energy.”

The previous plastic straws McDonald's provided were also recyclable, but faced the same issue, according to the representative. 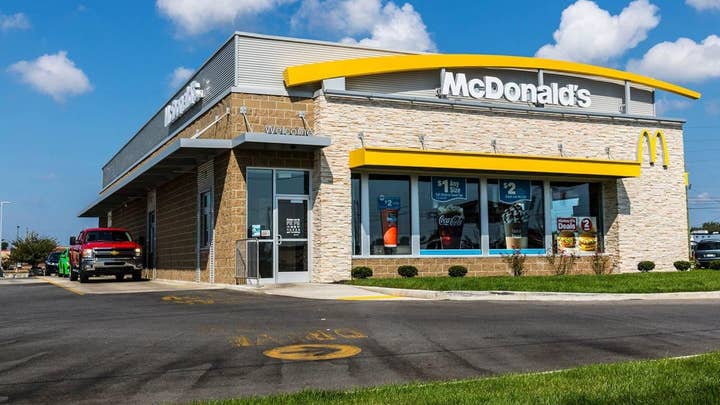 Paul Pomroy, CEO of McDonald's in the U.K., said last year that "together with our customers we can do our bit for the environment and use fewer straws."

The debate surrounding plastic usage, particularly straws, became heated in 2015 after a video shows rescuers removing a straw from a sea turtle's nose in graphic and bloody detail.

McDonald's, which also announced last year plans for alternatives to be tested in the U.S., France, Sweden, Norway and Australia, said it's continuing to look into where paper straws can be innovated.