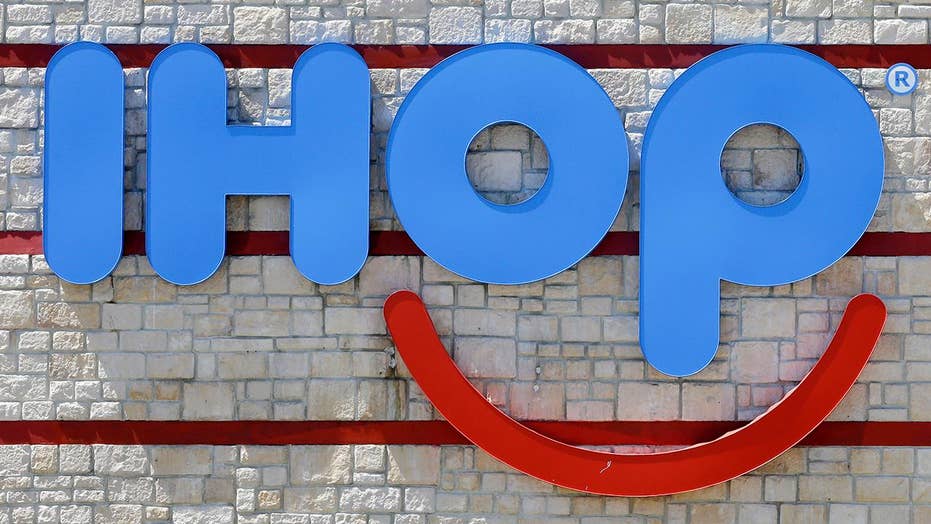 Because it went so well the last time, IHOP has announced it will be changing its name yet again. Sort of.

On Monday, the flapjack franchise shared a cryptic post on Twitter which shows the IHOb logo — from when the chain briefly switched its name to reflect its burger offerings in June 2018 — slowly morphing back into the traditional IHOP logo.

“What could the P be? Find out on June 3,” the caption read.

SEE IT: IHOP DEBUTED A 'PANCIZZA' ON NATIONAL PIZZA DAY

Figuring that it probably didn’t stand for “pancakes” this time around, commenters responded by trying to guess what the “P” could possibly mean, with theories ranging from the plausible (pizza, pretzels) to the preposterous:

A subsequent tweet shared by IHOP on Tuesday morning, however, seemed to suggest that “pancakes” was still somehow a definite possibility.

“Last year, the Internet had a lot to say about IHOb. Well, we heard you. Stay tuned for June 3,” the tweet read. An accompanying video also hinted that IHOP had “heard” the numerous complaints about its 2018 burger announcement, including those that urged the company to “stay in your lane” and “stick to pancakes.”

In any case, Tuesday’s tweet was met with a mixed response, with one still banking on an IHOP “pizza” announcement, and another just saying he was “very worried.”

A representative for IHOP was not immediately available for further comment, although the chain did respond to at least one user who thought they might start serving “pancakes on burgers.”

IHOP made waves with its last name-change announcement in the summer of 2018, when it briefly changed its name to IHOb in celebration of its then-new steakburgers. Following the announcement, social media users slammed IHOP’s marketing strategy as an “epic failure,” and called for the people responsible to be fired “ASAP.” Fellow restaurant chains responded by mocking IHOP on Twitter, with places like White Castle promising to never change its name to “Pancake Castle,” and Burger King officially changing its Twitter handle to “Pancake King” for the day.

IHOP fans will find out what the brand’s newest confounding name change means — and/or whether it indicates they're just bringing back the "pancizza" — sometime on June 3.