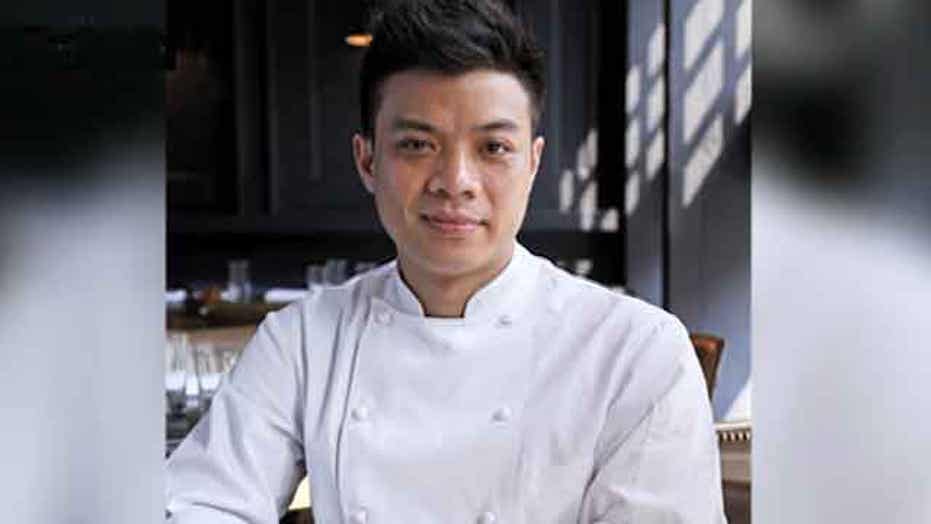 It was only a matter of time before Chef Hung Huynh would become a Kitchen Superstar - beginning his training at the tender age of 11 in his parent's Vietnamese restaurant in Massachusetts. From there he rose through the ranks of some of the most prestigious kitchens in the world, including Per Se.

But it was his winning turn on Season 3 of Bravo's "Top Chef" that would catapult Huynh to culinary fame. Though he says, even without that experience, his drive would have paved his road to success.

"I’ve been practicing my craft since I was very, very young. And I had one goal in mind which is to be the best I can be."

He has certainly achieved that goal, representing the U.S. at the Bocuse d'Or and joining forces with hospitality honcho Emm Group to open two Manhattan restaurants Catch and the General - serving as executive chef at both.

But, he knows it takes a village to raise a handful of successful restaurants, especially in the overcrowded New York dining scene. "It makes me smile, knowing what I create and what my team has helped me create. What I love about this is that I am able to teach 50 different staff to create what I can taste and create my palate and show them and teach them and have that translate to the guests, and that’s an accomplishment for me."

The legions of repeat guests to the seafood spot, Catch, is what led to the opening of Catch Miami earlier this year. With remarkable discipline, Hunyh and The Emm Group opened The General on the very same day.

But for all of his accolades and success, Huynh still remains dedicated to perfecting his craft, one dish at a time.

"I think what makes me a good cook and a great chef, and what a great chef is, I have the attention to details. I can see a fish scale from across the room, and see what’s wrong with a dish or how many grams of salt or pepper that’s missing in that recipe."

With three restaurants under his belt, no one could blame Hung Huynh for taking a short break from the kitchen but he says, don't bet on it, "I can’t sit down in an office, that’s not me. I like to be in the action"

And for that, his devoted culinary followers are grateful.