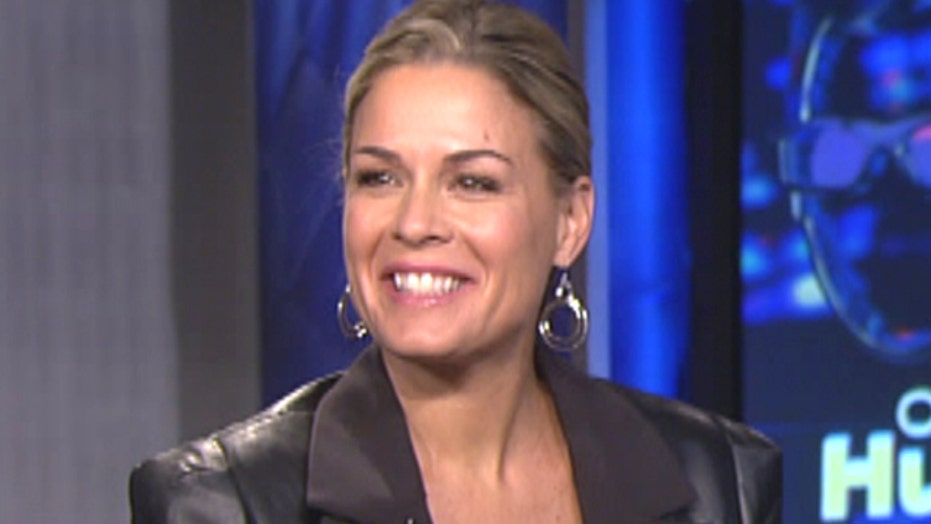 Olive oil is versatile. It can be used to stir-fry, marinate or simply be used for dipping.

And you’ve probably heard about the many health benefits of olive oil. According to the Mayo Clinic, researchers found that consuming a Mediterranean diet heavy in olive oil can help lower some heart risks.

“The first press is the cold press, meaning it’s without heat or chemicals, and its extra virgin meaning, it is the premium olive oil that you want to buy.  Anything else is a pure olive oil or it’s a leftover olive oil."

Americans also like the taste, as olive oil consumption in the U.S. has tripled over two decades.

Yet, despite these facts, there remains a lot of confusion about what Greek poet Homer called "liquid gold." It’s not surprising considering its many labels: “cold pressed”, “extra-light”, “pure”.  What do they mean and which is better?

"Iron Chef" and Food Network star Cat Cora stopped by FoxNews.com Live studios to help break it all down.

Cora, who is of Greek-American heritage, knows a thing or two about olive oil.  She’s partnered with the Mediterranean cuisine company Gaea, to develop Cat Cora’s Kitchen by Gaea  -- a range of olive oils, tapenades, cooking sauces and vinegars.

Here are six truths about olive oil that will hopefully add clarity to your next bottle you purchase.

False: “It does have a high smoking point, meaning it can go up to 500 degrees Fahrenheit. The reason why a lot of people do not fry, deep fry, with olive oil is because it’s expensive.”

TRUE OR FALSE? Oil that isn't first cold-pressed is just the leftover oil

True: “The first press is the cold press, meaning it’s without heat or chemicals, and its extra virgin meaning, it is the premium olive oil that you want to buy.  Anything else is a pure olive oil or it’s a leftover olive oil."

True: “It does destroy some of the health benefits. It definitely does because of the heat ... but what we do in the Mediterranean is we will cook with a little bit of olive oil and then we’ll actually add a drizzle of fresh olive oil on top ... to keep those benefits.”

TRUE OR FALSE? You should store olive oil in the refrigerator

False: “Unless you live in an extremely humid, hot place you might want to do that, but other than that in a cool dark place, just like you would with wine.”

True: “That’s actually not so good.  Those are unfiltered and what happens is they don’t last as long. So you definitely want to buy one that’s nice, and clear.  You’re always going to find them mostly in a darker bottle, but if you don’t, it should be a nice dark green olive oil --and then have extra-virgin on the label."

TRUE OR FALSE? “Light” or “extra-light” means it has fewer calories

False: “It does not mean fewer calories. Actually, what it means is that it’s second or third press. If you see “light” olive oil, it means it’s been pressed two or three times. Calories are the same whether it’s “extra virgin” or “light”."