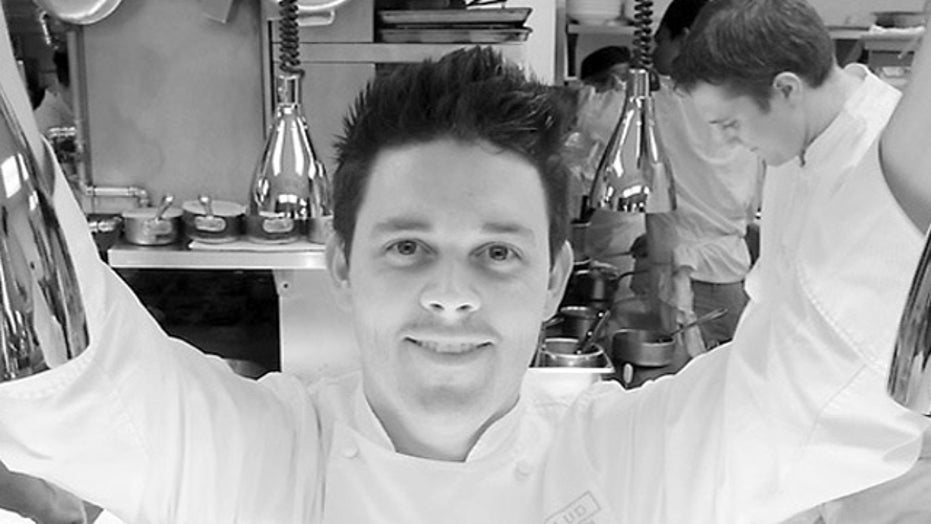 Café Boulud's executive chef Gavin Kaysen talks about his leap from San Diego to train alongside the best.

Some people spend their entire lives searching for their passion. Not so for Café Boulud’s executive chef Gavin Kaysen.

“When I was in high school, I realized that going out to the weekend parties was less exciting then going to cook for 400 people was more exciting.” And he’s been in the kitchen ever since.

"What people don’t see about Daniel is that he’s a family man. And the way he treats his chefs is the same way he would treat his kids.”

In 2005, while working at a restaurant in San Diego, Kaysen reached out to one of the greatest chef’s in the world, Daniel Boulud.

“I wrote Daniel a letter and I said I would love to come work with you for a week, just to learn and educate myself on how you do what you do.”

The week was up and Kaysen was offered a job as sous chef, but he had to turn it down because of his commitments in San Diego.

But his relationship with Daniel was solidified. Two years later, Boulud offered Kaysen the opportunity of a lifetime – to move to New York as the executive chef of Café Boulud.  Needless to say, Kaysen didn’t have to think twice about accepting it.

“Being an executive chef for him in one of his restaurants is less than a daunting task and more of an honor and pride. What people don’t see about Daniel is that he’s a family man. And the way he treats his chefs is the same way he would treat his kids.”

That homage to his boss and his dedication to Café Boulud resonates on Kaysen’s menu.

“It (the restaurant) was built in 1900 by his great grandparents and there's a lot of history to it. And every time we come up with new dishes and new ideas, sometimes we like to revert to the classics and remember what that's about.”

During our visit, Kaysen showed us one of those classics, Striped Bass en Paupitte or better known as striped bass wrapped in crispy potatoes. It will be featured, alongside other Boulud classics in a cookbook due to hit stands later this fall.

While Boulud the chef has achieved a level of success that most only dream about, Kaysen is well on his way to joining those ranks. During his time at Café Boulud, he’s has earned the restaurant a star in the Michelin guide.

And Kaysen’s own list of culinary accolades stretches far and wide: In 2008 he won the James Beard award for Rising Star Chef; he’s represented the U.S. in the Olympics of Food, The Bocuse d’Or; in 2015 will serve as the U.S. team coach, and the list goes on.
“I guess the competition is in my nature and I didn’t realize it.”

And that includes competing on television too – he’s appeared on Food Network’s Next Iron Chef and Chopped All Stars.

But he says he feels most at home in the kitchen at Café Boulud working with his team and testing the limits of fine dining.

“It inspires me to know that we don’t have to stick to French cuisine --that we can think outside the box and really educate ourselves. “