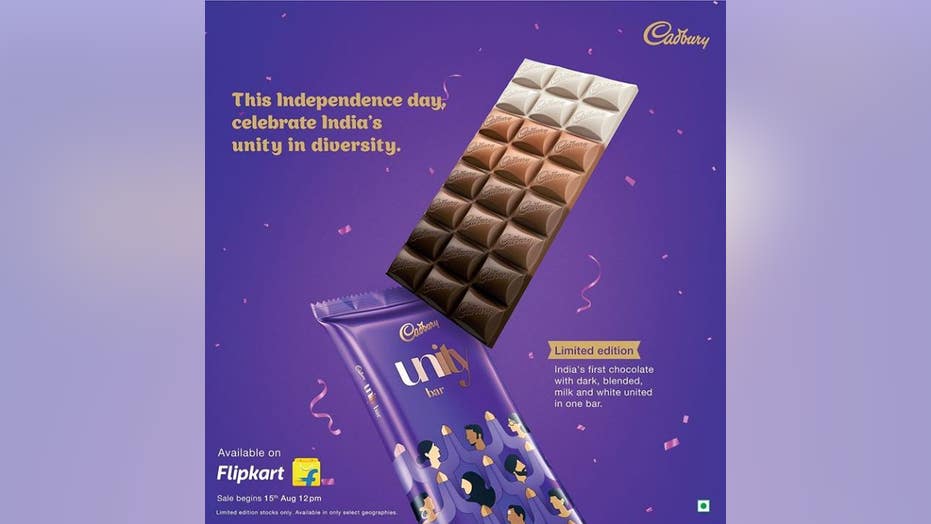 The British confectionery giant Cadbury has been facing some backlash on social media for a new candy bar that it introduced in India, which features four types of chocolate — dark, blended, milk and white — to promote diversity.

“This is as absurd as Kendall Jenner fighting police brutality with a Pepsi,” tweeted legal analyst Imani Gandy.

Cadbury rolled out the multi-flavored chocolate bars on Aug. 15 — teaming up with the global advertising agency Ogilvy — to celebrate India’s Independence Day.

“India is a diverse country, with people of different castes, creed, languages, regions, religions. Everyone living together, but not always with love,” said Ogilvy in a statement. “Cadbury Dairy Milk, which is loved by everyone, wanted to send a powerful message of unity. So we worked with the brand to create the Unity Bar: India’s first chocolate made of dark, blended, milk and white chocolate — all united in one bar.”

Some people were praising the idea on social media, but many users have poked fun at it.

British chocolatier Cadbury is being blasted on social media for releasing a new candy bar which features four types of chocolate — dark, blended, milk and white — to promote diversity. (Cadbury)

Another person said, “You would THINK, if they were going for unity, that all of the types would be interspersed instead of segregated (from light to dark, no less). This is the problem with playing to the woke crowd; you BETTER get it right.”