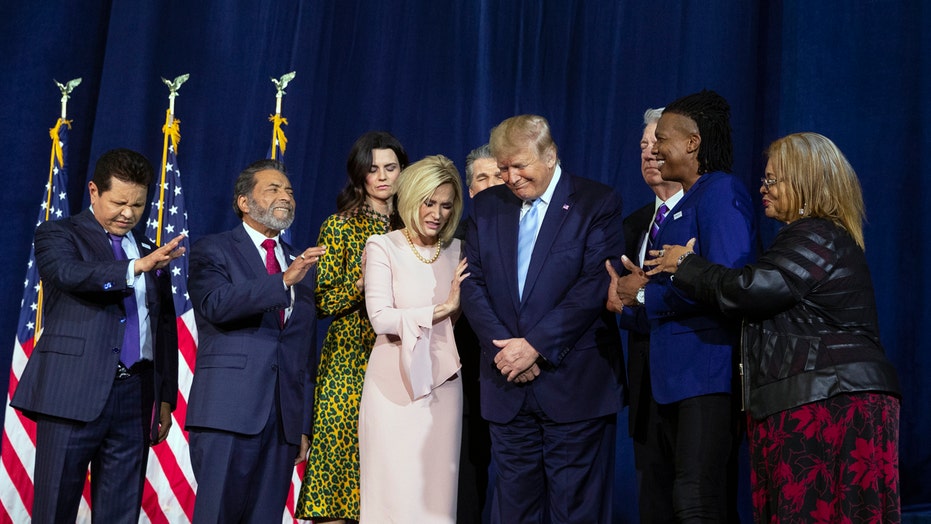 Stephen Strang, author of the new book 'God, Trump, and the 2020 Election,' reacts.

President Trump is set to mark Religious Freedom Day by signing an executive order expanding "Constitutional prayer" in public schools-- just one of the reasons why his re-election is so important to Christians, Stephen Strang, the founder and CEO of Charisma News, told Fox News.

The author of "God, Trump, and the 2020 Election: Why He Must Win and What's at Stake for Christians if He Loses" said Trump is pushing back against an anti-Christian culture with his new action.

"The joke is as long as there's exams, there'll be prayer in schools," Strang told "Fox & Friends" co-host Steve Doocy, adding, "It's their constitutional right. We have freedom of speech, freedom of religion, and there's been a hostile view of religion in our culture and evangelical Christians have felt this and Donald Trump is doing some things to reverse that and we appreciate it."

The self-described "Christian journalist" imparts the "spiritual point of view" about Trump, as opposed to the political or cultural one that is often discussed in the media.

"I think that the hatred against Donald Trump can only be explained in spiritual terms," he said. "Christians call it spiritual warfare."

He explains Christians said "enough is enough" and were praying for a leader, and Trump is the "very unlikely person" who "has become a champion of religious liberty."

Strang added, "Who would've thought that a New York billionaire that is a TV celebrity would become a champion of religious rights or become president of the United States?... I think he's been a great leader but he doesn't get much credit for it."

After the now-retired Christianity Today editor-in-chief, Mark Galli, called for the removal of Trump from office, the Trump 2020 campaign launched Evangelicals for Trump at a Latino megachurch in Miami.

Trump won white evangelicals by more than 81 percent in the 2016 presidential election, according to exit polls, and Strang predicts he "absolutely" will earn their support again in November.

"I think his evangelical percentage is going to go up," Strang said.