Times Square covered with illuminated billboards during the 'blue hour' period at dusk, with tourists on the streets.

A conservative Christian group is bringing giant images of preborn babies to Times Square as a reaction to the controversial late-term abortion bill passed earlier this year and signed into law by Gov. Andrew Cuomo.

The city celebrated passage of the law, which allows abortion up to the point of birth in some cases, by lighting up the World Trade Center and other landmarks pink.

Focus on the Family launched a 12-week campaign called "See Life Clearly" leading up to Saturday's "Alive From New York."

“Our hope is that people walking into Times Square on Saturday will look up to the screens and lift-up in prayer every abortion-minded woman," Jim Daly, president of Focus on the Family, told Fox News. "They say a picture is worth a thousand words. Well, the picture of a baby is actually of inestimable worth. It's a snapshot of the future and a million possibilities yet to come.”

The group received pushback from several corporations refusing to air the images of the preborn children on the billboards in Times Square. But Daly said the show will go on and the group plans to provide its own massive digital screens, if needed. 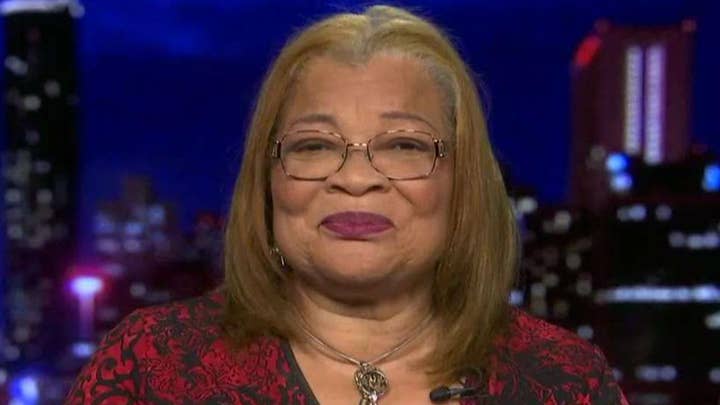 The May 4 rally features live music and inspirational speakers, including abortion survivors.

Jeanne Mancini, president of March for Life, told Fox News she loves that the ultrasound is the main draw.

"The theme for the March for Life this year was pro-life is pro-science," Mancini said. "Science and technology are on the side of life, and advances in technology, especially in ultrasonography, provide a window into the womb. It's always been my belief that showing life as it is in its inherent beauty is so attractive, and that's what really changes people's hearts and minds."

They specifically chose the heart of New York City for the site of the event because of Cuomo's "out of touch" policies and actions against pro-life New Yorkers, she said.

"We wanted to make a statement. Gov. Cuomo has said something along the lines of pro-lifers aren't welcome in New York," Mancini said. "Well, here we are in Times Square and life should be welcomed wherever we are, and from what we've heard pro-life New Yorkers are really appalled by this legislation and they want to protect the dignity of the unborn and make their voices heard."