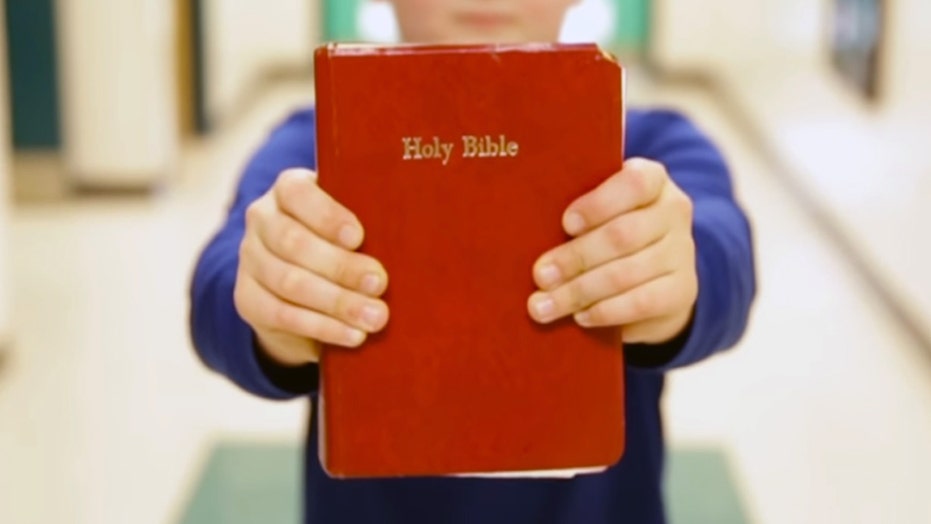 Kids across the nation are set to bring their Bibles to school Thursday -- but is it legal to bring a Bible to public school? Is there a scenario where it's not legal?

Lawyers on both sides of the debate are weighing in ahead of "Bring Your Bible to School Day," sponsored by Focus on the Family, which reports that more than 650,000 students participated in the event last year.

"Well, of course, it is," says Jeremy Dys, special counsel for litigation and communications for First Liberty Institute, a legal organization dedicated to protecting religious liberty. "Students are not only allowed to bring their Bible to school. They're certainly allowed to read it during free time, in between classes, and even reference the Bible within their assignments and class discussions."

And while the Freedom From Religion Foundation (FFRF) typically clashes with the First Liberty Institute on First Amendment issues, the two agree here.

"The constitutional boundaries are simple," Elizabeth Cavel, associate counsel for FFRF, told Fox News. "Students, of course, have the right to bring their Bible to school on this or any other day."

THESE POPULAR COMPANIES HAVE BIBLE VERSES ON THEIR PRODUCTS

But Cavel adds a warning: "Public school teachers and administrators may not promote or encourage students to participate in religious events on this or any other day."

Dys says that "about the only thing that students can't do is monopolize the classroom time with reading the Bible" -- but just because bringing a Bible is legal doesn't mean school administrators are aware.

Giovanni Rubeo, for example, was 12 years old when a teacher humiliated him in front of the class for reading his Bible during free reading time by scolding him for not reading a book from an approved list. As it happened, the teacher got it wrong and the Bible was actually on the list in the first place.

Another incident involved Mackenzie Fraiser of Nevada, who was told twice that she couldn't reference the Bible in classroom assignments. Two days after First Liberty got involved, the school apologized and the sixth-grader was allowed to share her inspirational quote from the Bible -- John 3:16.

"Neither students nor teachers should be afraid of the Bible within public schools," Dys said. "At the very least, it's a book of literature and history, and it's the best-selling book of all-time."

Focus on the Family posted a memo put together by Alliance Defending Freedom on the "First Amendment rights of students to promote and participate in Bring Your Bible to School Day" for students to be able to bring with them to know their rights.

New Orleans Saints quarterback Drew Brees shared one of his favorite Bible verses as he encourages kids to bring their Bibles to school Oct. 3 as a way to live out their Christian faith. (Focus on the Family)

"My concern is that there is such misinformation about the freedom of religion and the separation of church and state that students voluntarily absent themselves from the process ... so when they're told they can't do something like that, they think it's illegal," Dys said.

"I think it tells you what school kids are up against if a Super Bowl-winning quarterback gets excoriated for encouraging kids to bring their Bible to school," Dys said. "Like Drew Brees, these kids have nothing to fear. They should not be ashamed of their faith or of bringing their Bible to school just because an angry mob doesn't like the book."