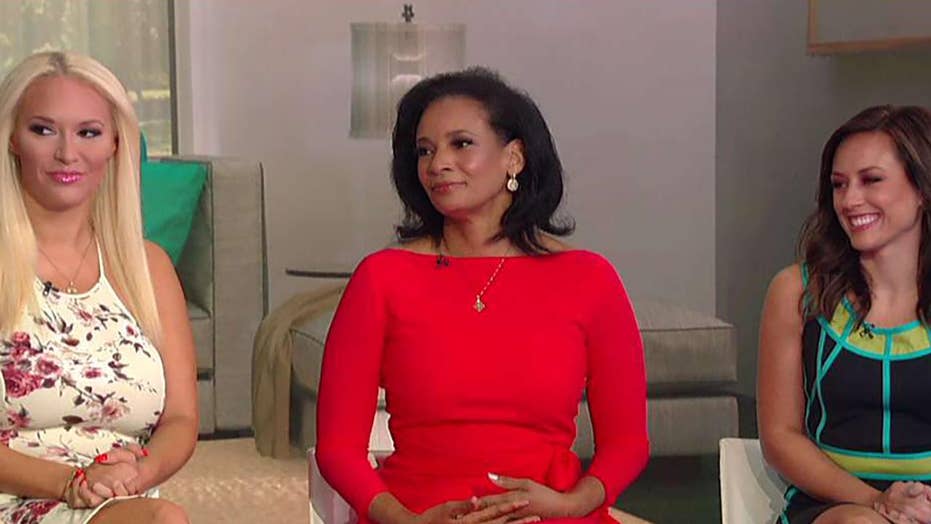 "This week's episode focuses on how God has guided all of us through different seasons in our lives," Earhardt shared, before previewing the clip.

She was joined by Kaya Jones, formerly of the Pussycat Dolls and now on President Trump's advisory board; Lauren Green, chief religion correspondent for Fox News Channel; and Ashley Bratcher, an actress from the faith-based film "Unplanned."

Jones shared how it "felt wrong" being in the Pussycat Dolls and said she doesn't regret it one bit. Her favorite Bible verse is 1 John 4:4, "Greater is he that is in you, than he that is in the world."

Green said she is frequently asked how she can be a religious correspondent while having a strong Christian faith.

"I know that everybody is made in the image of God, and they have dignity on that level," Green added. "People are equal. Ideas are not always equal but people are equal, and that comes from my Christian faith."

Bratcher, whose faith became real when she had her son, shared  that she is focusing on her favorite Bible verse, Exodus 14:14, "The Lord will fight for you; you only need be still."

In the Fox Nation show, "Ainsley's Bible Study," the four also sat down with Taya Kyle, widow of Navy SEAL Chris Kyle and author of "American Spirit"; Georgie Kelsey, pastor of C3 Church in New York City; and Remi Adeleke, Navy SEAL and actor, to discuss how God works in their lives through a time of transition.