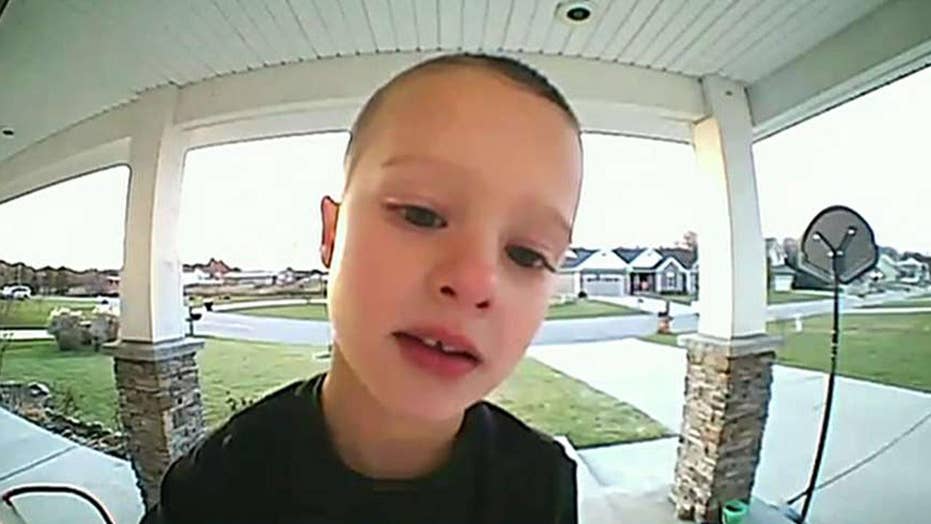 Away from home, the father of a Michigan boy got a pleasant surprise when he answered his family's Ring camera.

His son was at the door blowing kisses to him, and later asking for advice on how to find his favorite TV show. The young boy from Haslett, Michigan, is seen on the now released ring surveillance video enthusiastically yelling "Daddy!!" when his father replied and saw who the stranger was at his door. The father in the video amusingly takes the son through the process. According to Ring, the video was taken in November. Now it's going viral.

IN FLORIDA, ANOTHER DOORBELL LICKER CAUGHT ON CAMERA

"OK, yeah, well you gotta press the power button on the side of the TV. You know how to do that, right?" says the father.

Yeah, but I don't know how to ... what channel to get the kids channel on?" replied the son.

"Oh man, I think the kids channel is channel, maybe like 25?"

The child was across the street with his mother, but felt the urge to come home and watch his favorite show, according to Fox29.

After getting some fatherly advice on television surfing, the child moved close to the camera one last time and exclaimed: "OK, bye Dad. I'll give you one more kiss!"