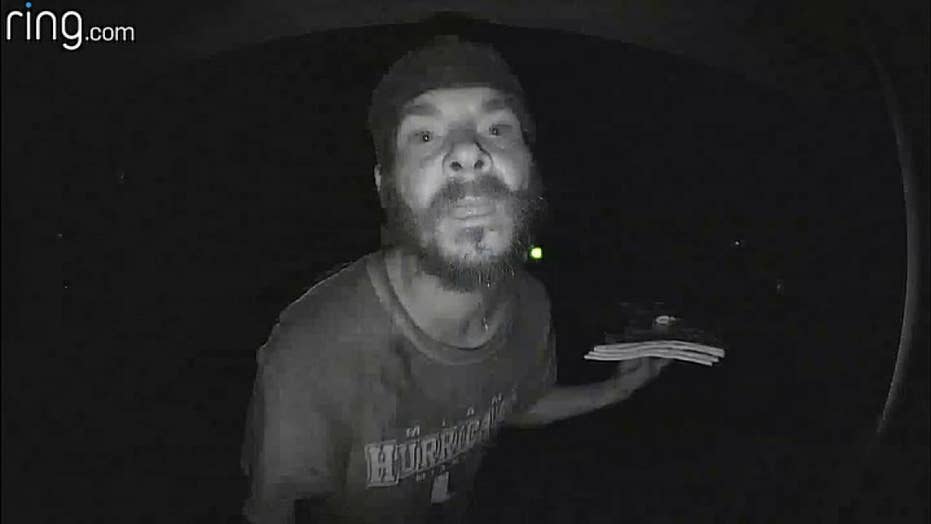 Raw video: Another man caught on camera licking a doorbell

Could this be the start of the next American epidemic.

In Lake Worth, Florida, a man was recorded late last month on a surveillance video, licking things at the front door.

And, strange as this sounds, he wasn't the first.

The news outlet said the man seemed to put a stack of newspapers in front of the camera and pointed toward the newspapers.

It’s unclear what he was trying to show his audience on the surveillance video.