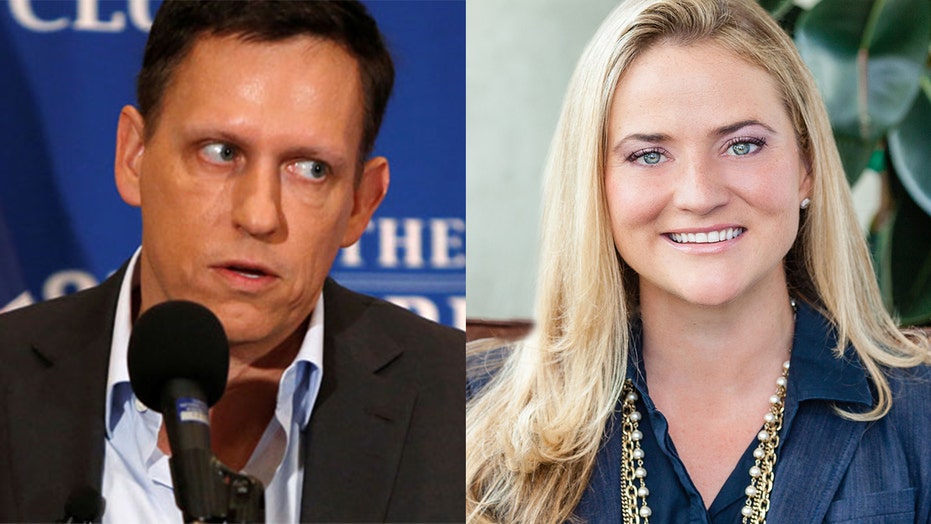 A former child star and sister of actress Danica McKellar is being sued for breach of contract after allegedly authoring a letter-writing campaign to bring down a venture fund owned by billionaire Peter Thiel.

Crystal McKellar, who portrayed Becky Slater on "The Wonder Years," is being accused of attempting to disgrace Thiel's Mithril Capital Management through anonymous handwritten letters to its investors, according to documents obtained by the New York Post.

Per the Post, McKellar, who graduated from Harvard Law School in 2003, formerly served as Mithril's sole general counsel before leaving the firm in February with a reported $225,000-a-year consulting job.

According to the suit filed in Texas court earlier this week, McKellar's letters were "written to sow discord between Mithril and its business partners." While the letters were not signed, at least one of the envelopes used to mail them had a handwritten return address on it and a forensic handwriting analysis obtained by Mithril identified her as the author.

The suit claimed that one of McKellar's letters accused Mithril co-founder Ajay Royan of "lying to investors and the public about how much he is charging us in management fees."

A cast photo from the 1988 film "Fatal Judgement," a made for TV movie based on the book "Fatal Dosage. Pictured from left is Jane Harnick (daughter, Laurie), Joe Regalbuto (as Charlie Capute), Crystal McKellar (as daughter, Mary), Patty Duke (as Anne Capute), Mary Tanner Bailey (as daughter Susan). (CBS via Getty Images)

But McKellar told Fox News on Friday that she has "not been served with a copy of the complaint" and insinuated that Mithrol provided the documents to the media, calling it a "swampy" move.

"Based on the media coverage, I can state that the allegations of wrongdoing are unequivocally false, and it will be a simple matter to prove them false if it gets that far," McKellar told us. "But this isn’t about me. This is about what’s going on at Mithril. This is about Mithril’s investors, who are families, foundations, and charities that help the most vulnerable Americans, and the pension funds that permit our public servants to retire with dignity. These investors placed their trust and money in promises that were made by Mithril."

She added: "I left Mithril earlier this year when it became clear to me that Mithril’s leadership was lying to its investors and that the promises it had made were not going to be kept."

The suit seeks more than $1 million in relief.