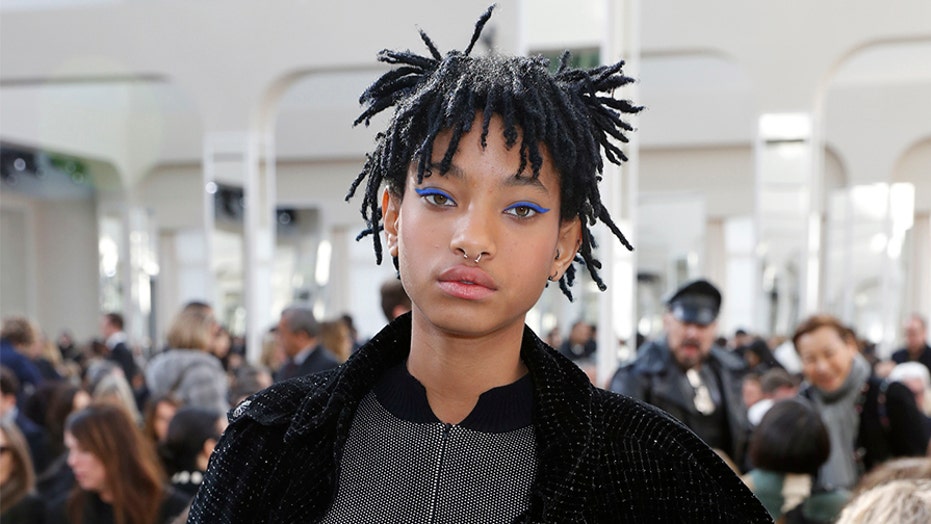 But in 2010, when she was just 10 years old, the daughter of Jada Pinkett Smith and Will Smith, shot to fame because of her hit pop song, “Whip My Hair."

She struggled with all of the attention and expectations she placed upon herself and began to cut herself as a young teen.

“I was super young, and I had a dream, but all I really wanted to do was sing and I didn’t equate that with all the business and the stress that ended up coming with it,”  Smith, now 18, told People magazine in an interview published on Thursday. “I was just like, ‘Whoa, this is not the life that I want.'"

Smith's way to rebel was to shave her head in 2012. But then she began cutting, which she says, provided her with “a physical release of all the intangible pain that’s happening in your heart and in your mind.”

She only stopped after she educated herself in science and spirituality.

“I was like, ‘This is pointless — my body is a temple,’ and I completely stopped. It seemed literally psychotic after a certain point because I had learned to see myself as worthy," she revealed.

Smith's mother didn't know about her cutting until she spoke about it on their Facebook Watch TV series, "Red Table Talk." Pinkett Smith said she was “shocked” to learn about it but “so proud of her in that moment.”

Pinkett Smith also opened up about her marriage in the interview. She confessed she felt "depleted" in her marriage around their 10th wedding anniversary.

“There was too much concentration on what was happening externally, and the family unit itself wasn’t getting the attention and care that I felt we needed," she said. So the actress took some time for herself.

“I had to really take time out for me and figure out what I wanted for myself,” Pinkett Smith explained. “I had to kind of put everyone aside and ask, ‘What would I do every day if it was just Jada?’ I literally had no idea.”