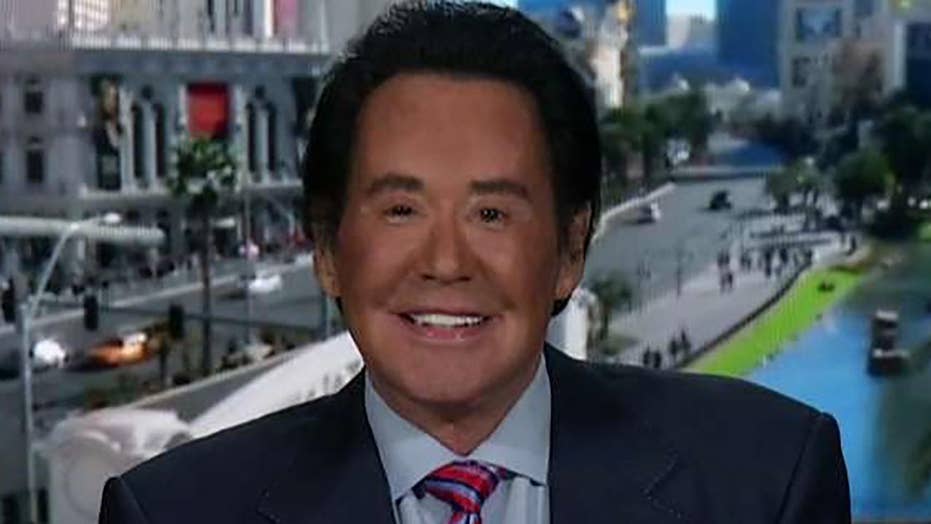 Wayne Newton speaks on his involvement with the USO

Wayne Newton said one of the greatest life lessons he’s ever learned came from Lucille Ball.

“I played a country boy singing to animals on ‘The Lucy Show,’ and CBS wanted her company Desilu to produce a series around that character,” the singer recently recalled to Closer Weekly. “Just before the final papers were signed, I get a call from Lucy saying, ‘Wayne, I haven’t been able to sleep. Can my husband and I fly to Vegas tonight and meet you?’

“When she got here, she said, ‘We’re going to say a name and I want your reaction: Jim Nabors,’” the 77-year-old continued. “I said, ‘Gomer Pyle.’ She said, ‘Unless you want to be this country boy the rest of your life, turn the series down because it will ruin your life.’ I thought that was the greatest example of someone, being the great star she was, caring that much about somebody else.”

Newton told the outlet that over the years he’s received plenty of advice, which he has taken very seriously, from other stars about lasting as an entertainer.

“What I learned from people that befriended me like Frank Sinatra, Sammy Davis, Dean Martin, Bobby Darin – and on and on – is that the one thing that will make you happy is your ability to adjust to life,” he told the outlet. “And you must be disciplined and treat every show like it’s your last one — because one day it will be!”

But despite working in Sin City for decades, “Mr. Las Vegas” insisted staying out of trouble has been surprisingly simple.

Wayne Newton said it was easy to stay out of trouble in Sin City. (Courtesy of Wayne Newton)

“No matter what you were doing in a casino, you had to be 21, so I needed a work permit at age 15,” he explained. “So people really took me in to raise me, and made sure I stayed out of trouble and didn’t go down the wrong path.”

But despite the fame and fortune Newton has achieved over the years, one of his greatest accomplishments is undoubtedly his marriage to Kathleen McCrone. The couple tied the knot in 1994.

“Kathleen and I are the best of friends first,” he said. “We love each other totally and completely second. In 25 years, we truly never had a bad argument, and the reason for that is because she’s so much smarter than me. We started this great discussion and she said, ‘We’ll agree to disagree. I’m not going to change your mind and you’re not going to change mind.’ And that is the most wonderful relationship in the world.”

Back in 2017, Newton told Fox News that the biggest highlight of his career has been performing for the men and women who serve our country.

WAYNE NEWTON SHARES HIS LOVE FOR OUR TROOPS

“I think that if I’ve been given any talent at all in this lifetime, it has been to bring a moment of home to our men and women of the armed forces,” he said at the time. “It’s really been the most gratifying thing I’ve done in my life.”

And Newton is so honored to entertain the military, he has a special tradition for the troops when he performs.

“It started in Vietnam,” he said. “I would tell the audience, ‘If there’s anybody you want me to call when I get home and tell them that I saw you, write down your name and give me a message that’s personal to them so they will know it’s not some idiot trying to make this stuff up.’”

Newtown has made over 50,000 phone calls to families and loved ones. And when it comes to those messages, he’s heard them all. But he will never forget when one soldier in Iraq asked Newton to propose on his behalf to an unsuspecting girlfriend.

WAYNE NEWTON EXPLAINS WHY HE'S 'THE HAPPIEST I'VE EVER BEEN'

“She said, ‘This is really Wayne Newton?’” he recalled. “I was afraid she was going to ask me to sing ‘Danke Schoen’… There was silence. And I said, ‘Well, you gotta tell me something because I gotta call him back.’ She said ‘The answer is yes Mr. Newton, but I want you to know that I’ve been waiting 25 years for that 'bleep' to ask me to marry him and now he chickens out and has you do it!’”

While Newton is determined to continue entertaining the troops, he hasn’t forgotten about his fans elsewhere. In 2015 he opened up his 52-acre estate, Casa de Shenandoah, to the public as a museum.

That same year Newton also told Fox News that despite his non-stop schedule, he has no plans to slow down anytime soon.