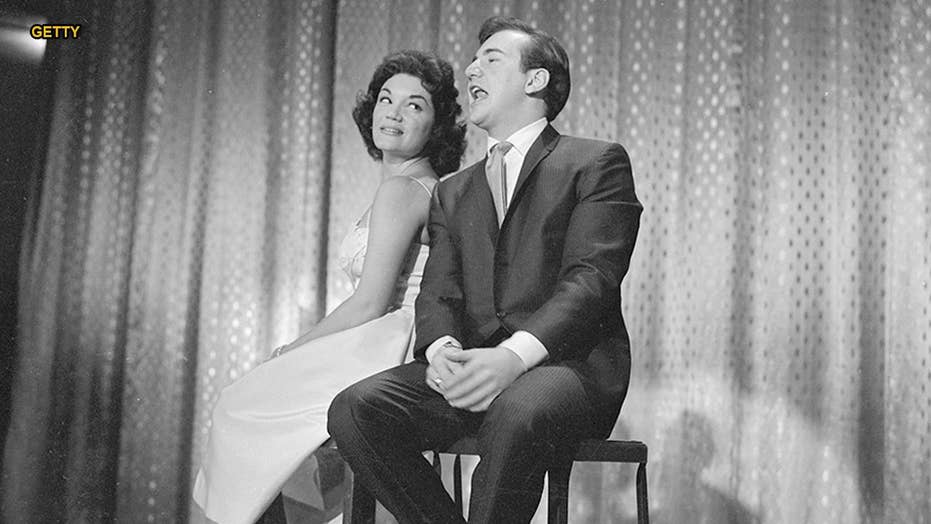 Connie Francis: Bobby Darin was the one who got away

Fox411: In a new tell-all, Connie Francis reveals the great romance she shared with Bobby Darin who she says was the great love of her life.

For Connie Francis, it will always be Bobby Darin who got away.

The clean-cut crooner, who was one of the top male performers of the 1960s, died in 1973 when he was just 37. The singer of “Mack the Knife” fame suffered from a heart ailment that had plagued him for most of his life.

Francis, who is still recognized as the top-selling female vocalist of the ‘60s, insisted Darin was the great love of her life. The now-80-year-old has chosen to come forward with a tell-all titled “Among My Souvenirs,” where she candidly opens up about her many tragedies – including the loss of Darin.

But despite the great romance they shared, Francis told Fox News it was far from love at first sight when she met the up-and-coming singer and songwriter.

“Bobby came to my office one day in 1956 to show me a song,” she recalled. “He was writing jingles for a furniture store in New Jersey. He played me this song and I made a couple of changes to it. Let’s just say he wasn’t happy. He said, ‘Me and this lady don’t dance to the same tune. I’m outta here.’ So he took his song and started to leave! But he came back with the changes I made. But it was an instant dislike that turned into love.”

The “Who’s Sorry Now” artist said the two easily bonded over their hopes and dreams for a future in Hollywood.

“He was an amazing human being,” said Francis. “The most interesting human being I’ve ever met in my life. He had a drive that I hadn’t seen in anyone before. He said, ‘I have to be a legend by the time I’m 25. Because that’s when doctors said I’m supposed to die. That’s how long they gave me.’ And he sincerely believed that.”

And Darin, who grew up in the Bronx, New York, attempted to achieve just that. The New York Times reported that by the time he was 24, he had played the nation’s top nightclubs and earned a movie contract.

He also made four recordings that sold more than a million copies, won two Grammys and even received an Oscar nomination for his role in the 1963 film “Captain Newman, M.D.,” which also starred screen legend Gregory Peck.

However, the growing romance was not meant to be. Francis said that her father, who ruled over her career with an iron fist, opposed the relationship and allegedly drove the singer out of his daughter’s rehearsal at gunpoint.

“My father had such a dislike for him,” she explained. “He even tried to shoot him. He came with a gun in his pocket. And Bobby had a bad heart. He had rheumatic fever as a child, which is why he died at the age of 37. I was really afraid of my father retaliating against Bobby. So I stayed from Bobby as far away as I could. So during that period of time, we kept in touch through letters.”

The Daily Mail previously reported Francis’ secret love letters to Darin were written over a four-month period in 1956.

"In one letter he wrote that he spent enough time away from me that he knew his feelings were genuine. And that every time he thought of me, he always felt a lump in his throat like the one you get when you’re going to cry.”

Still, Francis said her father’s strong hatred for Darin made it difficult for the two to maintain their relationship through letters. He would go on to marry ‘50s teen idol and film co-star Sandra Dee in 1960. The two called it quits in 1963, reconciled and then divorced in 1966. Darin and Dee had a son, Dodd, who was born in 1962.

It turned out Darin had privately kept all the letters Francis had written to him. The Daily Mail reported that after his death in 1973, those same letters fell into the hands of his brother Gary Walden, who held on to them.

In 2016, Walden decided to sell some of his late sibling’s memorabilia, including the love letters between Francis and Darin.

Francis, who kept Darin’s handwritten messages, learned of the auction and was determined to get them.

“My letters were for sale on eBay,” she said. “I said to my secretary, ‘No matter what they cost, I want my letters to Bobby back. Bid the highest for them.’ But it seems like there was a girl named Laura Rice who... no matter what was bid on, she had last dibs... She always had the final bid. So she got all the letters.”

Francis added Rice, a Virginia woman and fan of Darin’s, out beat the singer with her $1,000 bid.

“I contacted her and she gave them to me, which was very sweet of her,” said Francis. “I have all my original letters to Bobby now.”

Sadly, Francis hasn’t been lucky in love since her brief relationship with Darin. She’s been married and divorced four times. The UK-based publication added the longest of those marriages lasted five years, while the shortest only four months.

As for her tumultuous relationship with her father, the strict patriarch and business manager died in 1966. Francis dedicated her memoir to him.

“I have mixed feelings,” she admitted. “Although he was the architect of my brilliant career, he was also the source of my greatest personal pain.”

The star, now retired from music, previously told Fox News she’s open to love again, but it would take “a lot” for someone to impress her these days.

“First of all, I’ve been very unsuccessful in that arena,” she said. “I chose the wrong men for the wrong reasons. If I had put as much thought into selecting husbands as I did with Vegas openings, I would have been fine. But, my personal life was always secondary to my career. I think it takes a lot to make a relationship successful, I think more than I’m willing to give right now.

"I do want to concentrate on things that are vital for me, which are veterans, victims of violent crime and the mentally ill. And if I were in a relationship, I wouldn’t be able to do these other things. It takes a lot to make a relationship work. And I spent most of my life apologizing to men for my success.”