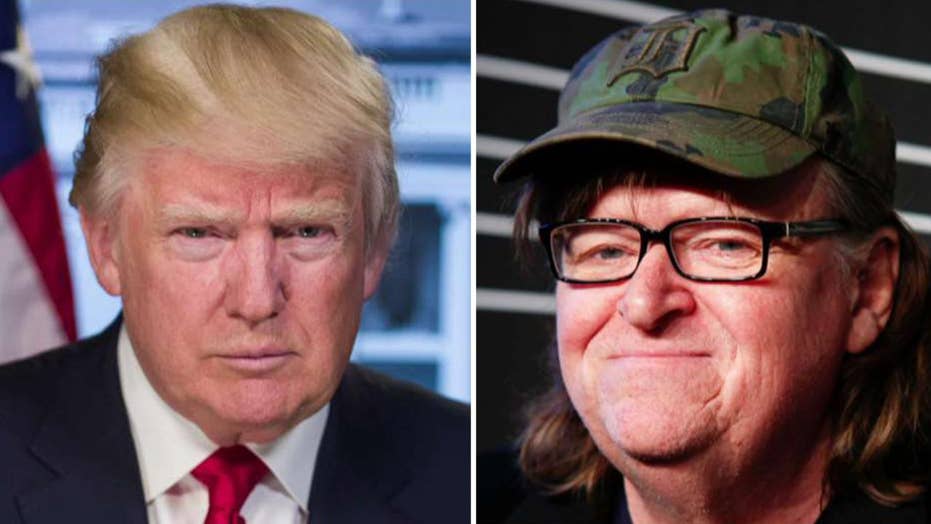 The filmmaker fired back at the president on Twitter.

Moore, the director of several documentaries including "Roger and Me," "Bowling for Columbine," and "Farenheit 9/11," responded later Saturday with a tweet of his own.

Moore's show, "The Terms of My Surrender," ended its 13-week run Oct. 22. The website BroadwayWorld.com reported that it took in $4.2 million at the box office, less than half of its potential take.

The show, which combined Moore's autobiography with calls for political action against Trump and other Republicans, was a critical disappointment as well. The New York Times described "Terms of My Surrender" as "shaggy and self-aggrandizing."

"You don’t have to disagree with Mr. Moore’s politics to find that his shtick has become disagreeable with age," wrote reviewer Jesse Green, who compared the show to "being stuck at Thanksgiving dinner with a garrulous, self-regarding, time-sucking uncle."

Moore has been an outspoken critic of Trump. In August, Moore led the show's audience to Trump Tower to protest the president's reaction to deadly violence in Charlottesville, Va. That same night, he compared the president's supporters to accomplices in a rape during an interview with CNN.

"If you hold down the woman while the rapist is raping her, and you didn't rape her, are you a rapist?" Moore said at the time. "Let's cut the BS and start speaking honestly."

This week, Moore told the Wall Street Journal in an email that the show was "the most artistically gratifying experience of my life" and said there were "talks happening about taking this show on the road."