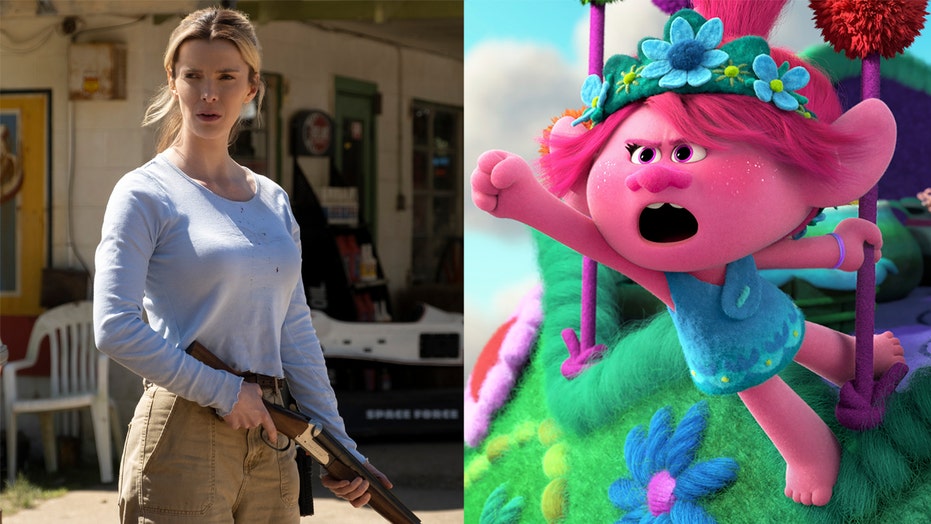 In the wake of the coronavirus outbreak, several upcoming films will be released on home entertainment on the same day as their theatrical releases.

Films currently in theaters like "The Hunt," "The Invisible Man" and "Emma" will be available by Friday, March 20, according to Variety.

"Trolls World Tour" will debut in theaters and on home entertainment on its original release date, April 10.

The flicks will be available to rent for 48 hours for a suggested $19.99 rental price in the U.S. and for similar prices around the globe.

Betty Gilpin in "The Hunt." (Patti Perret/Universal Pictures via AP)

Production has been temporarily shuttered on "Mission: Impossible VII" and "Shang-Chi" from Marvel.