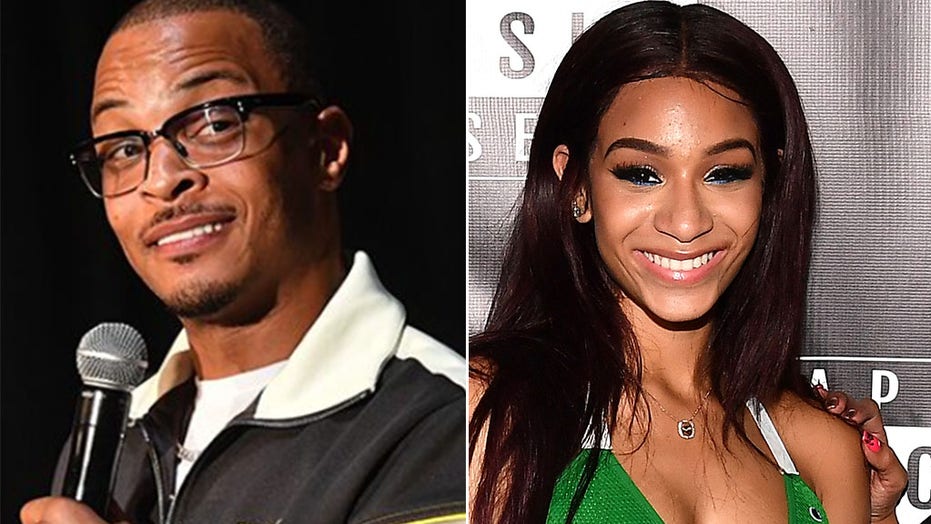 T.I.'s daughter Deyjah Harris is sharing her thoughts on her father's past comments about her virginity.

Last year, the 39-year-old rapper made a bizarre statement, admitting that he accompanies Harris, 18, to the gynecologist every year "to check her hymen" and ensure that it is still intact.

The comments garnered backlashed toward T.I., who later stated that he was "joking" and offered a public apology to his daughter.

Now, in a clip from the family's reality show, "T.I. & Tiny: Friends & Family Hustle," Harris opened up about learning of her father's comments.

Harris said that she noticed she had been tagged in a story on Twitter and immediately knew what it was about after only seeing the word "gynecologist."

She described her emotions as "very shocked, hurt, angry [and] embarrassed."

"I mean, honestly, I'm embarrassed, definitely," Harris admitted to two close confidants, explaining that she was trying to put the scandal out of her mind.

Harris said she felt like she "couldn't have said 'no'" when her father wanted to speak with her doctors, noting that her father's reaction would be different towards any of her brothers having sex.

"I do think my dad treats me differently than the boys when it comes to the subject of sex and supervision," the reality star said. "My dad even jokes with [my brother] King about becoming a baby daddy. He would never joke like that with me."

Harris said she doesn't feel like she can talk to T.I. -- real name Clifford Joseph Harris Jr. -- because he "plays the victim" frequently.

"I just don't really care to be around him right now," she admitted in the clip. "I'll be a better parent. I mean, I'm not saying he's a bad parent, I'm not saying that. I'm just saying when it comes to stuff like this, I'm just gonna be more connected mentally, emotionally."

The incident even led Harris to look at her relationship with her father "differently."

"This situation was just a little traumatizing for me," Harris said tearfully.