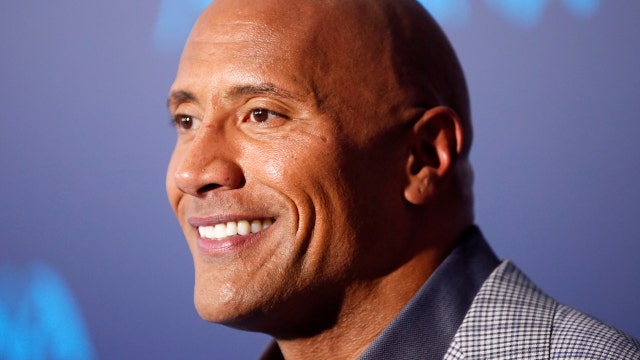 Disney's animated blockbuster 'Moana' now yours to own

Johnson took to Instagram Friday evening to “set the record straight” over a story published earlier in the day by The Daily Star. In the interview, he was quoted as lamenting the rise of snowflake culture and criticizing millennials’ need to search for reasons to be offended.

“Earlier today, online, an interview dropped with me, apparently it was with me, where I was insulting and criticizing millennials,” Johnson said in a video posted to his social media page. “The interview never took place. Never happened. Never said any of those words. Completely untrue. 100 percent fabricated.”

'THE ROCK' HAD EPIC RESPONSE TO TEEN'S 'PROMPOSAL'

Media outlets, including Fox News, had picked up the story, in which the actor was said to have derided millennials for doing a disservice to war heroes by constantly complaining.

The Daily Star did not immediately respond to Fox News’ request for comment about the Rock's denunciation of the initial report. An hour after the social media blast, the paper's website was still carrying the original story.

“I’ve gained such a great trust and equity with you all guys all around the world over the years and you know it’s not a real ‘DJ’ interview if I’m ever insulting a group, a generation or anyone because that’s not me and that’s not who I am and that’s not what we do,” Johnson told his 128 million followers.

He went on to say that he always encourages “empathy” and “growth” and acceptance – adding “I don’t even know where that term came from,” referring to “snowflake.”