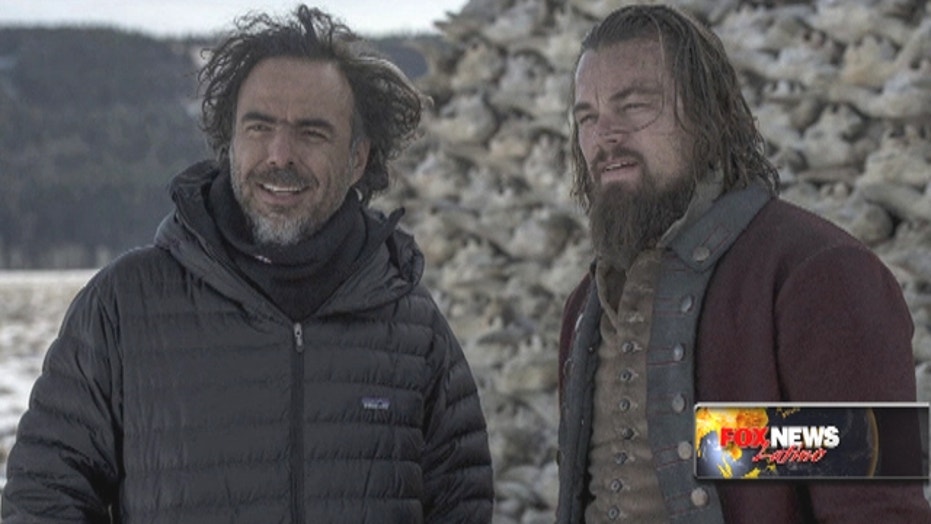 'The Revenant' took the cast and crew to Canada and Argentina, as scenes had to be shot in real snow.

Los Angeles – Actor Leonardo DiCaprio may have had to endure below zero temperatures while filming "The Revenant" which hits theaters in limited release on Christmas day, but the film's producer and director, Alejandro Gonzalez Iñárritu, said he braved the cold right along with him.

“The director is the first one who has to arrive on the set, and the last one to leave,” Iñárritu told reporters during a press conference in Los Angeles. “When [the actors] arrived, I had already been nine hours on the set.”

Iñárritu, who showed his sense of humor during the presser, joked that, in retrospect, he should have directed the movie in a warm trailer, with coffee. Filming took the cast and crew to Canada and Argentina, as scenes had to be shot in real snow, with the natural backgrounds used to recreate epic battles between explorers and Native Americans.

The highly anticipated film tells the real life story of Hugh Glass, a 19th century frontiersman who survived a brutal bear attack after being stranded in the unchartered American wilderness.

Iñárritu, who is Mexican, worked on the movie with his longtime friend and cinematographer, Emmanuel “Chivo” Lubezki. Not only did they shoot the film chronologically, following the plot scene by scene, but they also relied entirely on the sun and firelight.

“I am very shocked that people are so surprised and reacting that I shot in real locations with real light, what the f--k is wrong with that?” Iñárritu said. "Which better light than the sun, than a shitty film light?”

“The Revenant,” which has already received four Golden Globes nominations, is Iñárritu's first movie since his Oscar win last year for “Birdman.” He said he chose the project because he craved filming in the wilderness.

Iñárritu said he makes movies to give the audience a visceral experience they can’t get on small screens such as those of computers, iPads and smartphones.

”Our duty as filmmakers is to bring back those physical, intellectual, emotional experiences that you can only embrace by a huge screen, and reveal people something that they will not be able to do in another way," he said.

This is the director’s first historical epic, and Iñárritu admits that this movie challenged him in new ways and forced him to fight “like an upside down cat,” as he held the responsibilities of writer, producer and director. He said jokingly that the experience was so grueling that he’s ready for a well-deserved hibernation. "My next project is to be in a cave as a bear for six months!” he said.

Speaking of bears, Iñárritu also recently dispelled those ‘bear rape scene’ rumors. Before introducing the film during its world premiere in Hollywood last week, he told the audience, "I have to say that all you have heard about this film is true, well, not the rape bear, but almost all,” he joked, adding, "I have to say that every day, every scene, every molecule of it was challenging, but the experience and the result, I would not change a beat."

"The Revenant," rated R, will have a limited release in New York and Los Angeles on Dec. 25 and a nationwide release on Jan. 8.