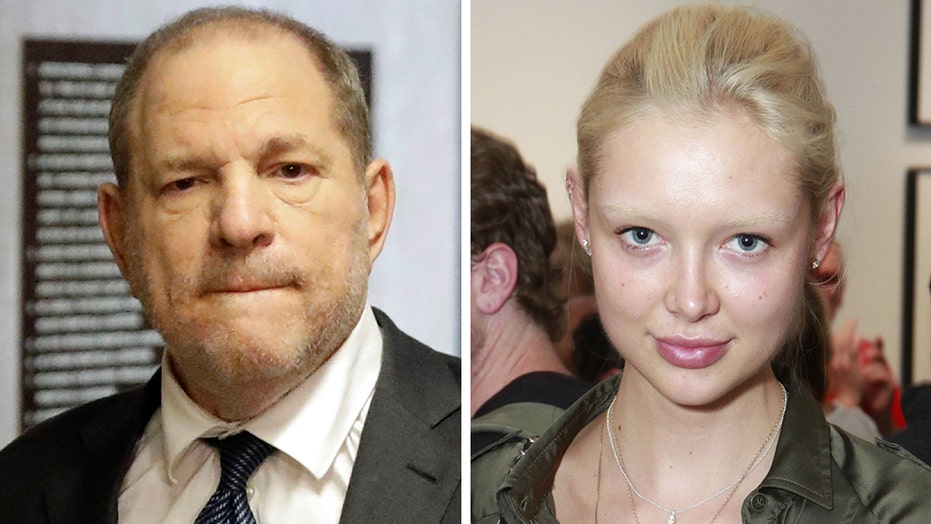 Former teen model Kaja Sokola has filed a new lawsuit against Harvey Weinstein alleging she was sexually assaulted by the disgraced movie producer.

The native of Poland claims in the suit filed in New York State Supreme Court on Thursday that in 2002, when she was 16 years old and an aspiring actress, Weinstein said he would meet her and take her to lunch but instead allegedly took Sokola back his SoHo apartment "without her consent" and assaulted her.

The suit -- which was also filed against Weinstein's former studio Miramax, brother Bob Weinstein, and its previous owner Walt Disney Co -- says he “aggressively and threateningly demanded sex" and “instructed her take off her clothes" and “to touch herself," according to files obtained by The Los Angeles Times.

It continues to describe how Weinstein was pantless and allegedly forced the teen to touch his penis despite her saying no, and “grabbed at her breasts." This case is the first one that alleges he assaulted a minor.

Sokola, who is now 33, claims that Weinstein blocked her from leaving the apartment and "made clear that refusing his sexual demands would mean giving up the opportunity to make it in Hollywood."

The filing claims that, after the incident, the alleged abuse led the teen to suffer from “long-term depression, anorexia and difficulty in maintaining healthy relationships with men.” She is now a clinical psychologist residing in Poland.

“This traumatic day has been etched in Sokola’s mind every day thereafter, and it has caused her immense emotional pain and suffering, even seventeen years later and long after she gave up her dreams of acting or working in the entertainment industry,” the suit describes.

Sokola was originally part of the class-action lawsuit against Weinstein and would have been part of the $25 million settlement that was reached on December 11 but said she could not agree to the terms.

She told the Times in a statement the she “cannot accept the proposed ‘global settlement’ as fair or just. There is no accountability for the perpetrators, insufficient compensation for all of the victims, and millions of dollars going to people that I believe enabled Weinstein... I know that this lawsuit cannot erase the pain that I have been living with for 17 years. But I do hope to achieve at least some measure of justice that has still been denied to Harvey Weinstein’s many victims."

Sokola is also holding Weinstein's "enablers" accountable -- “The companies that employed him utterly failed to supervise him, and they continued to empower him with their prestige and resources and allowed him to find more victims, including Kaja Sokola."

She is seeking compensatory, punitive, and exemplary damages.

Over 70 women have accused the movie mogul of sexual misconduct. He has denied non-consensual sex allegations. He faces a Jan. 6 trial on rape and sexual assault charges in state court, where he has pleaded not guilty.

Reps for Weinstein and Disney did not immediately return Fox News' request for comment.