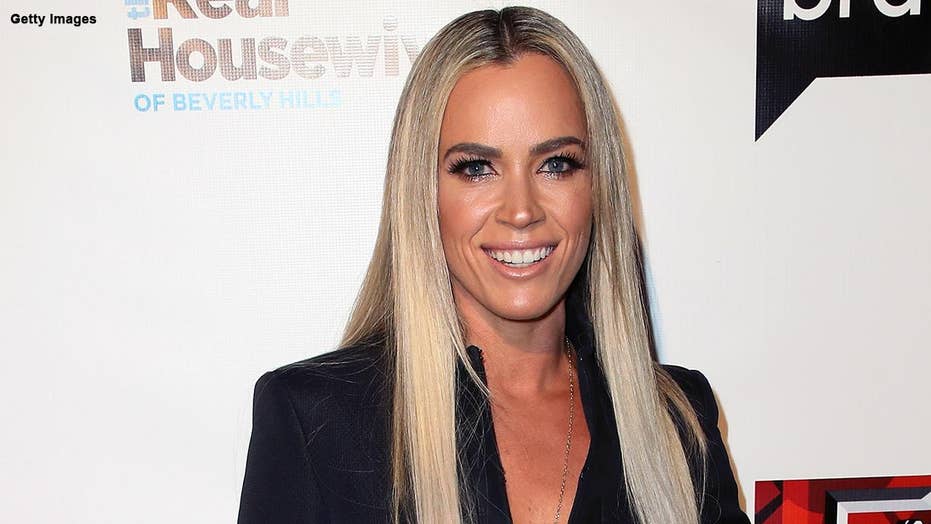 ALL IN by Teddi founder, Teddi Mellencamp, opens up about Season 9 of the 'Real Housewives of Beverly Hills' and her famous father's engagement to actress Meg Ryan.

Teddi Mellencamp is baring it all in her pregnancy.

The “Real Housewives of Beverly Hills” star, 38, took to Instagram on Friday with a topless mirror selfie and got candid about body confidence.

“I am loving the skin I am in and feeling damn proud about it,” she wrote of the photo where she donned just heels and nude underwear. “Proud to be unapologetically me; a woman who works hard and believes the best is always yet to come, for my mind, soul and yes, body.”

The reality star and wellness guru announced her pregnancy earlier this month and has been documenting every step of the way as this is the first time she is eating healthy and exercising while expecting. She explained in the caption of the revealing photo that she “spent many years fixated on the stretch marks that run down my inner thighs or the loose skin on my arms,” but “not now.”

Mellencamp’s dedication to wellness was sparked by committing to a healthy lifestyle following her previous pregnancy with her son, Cruz. The change eventually launched her accountability coaching career and business, ALL IN By Teddi Mellencamp.

In addition to 5-year-old Cruz, she is also mom to Slate, 6. Mellencamp also has a 10-year-old stepdaughter, Isabella, whom her husband, Edwin Arroyave, has from a previous marriage.