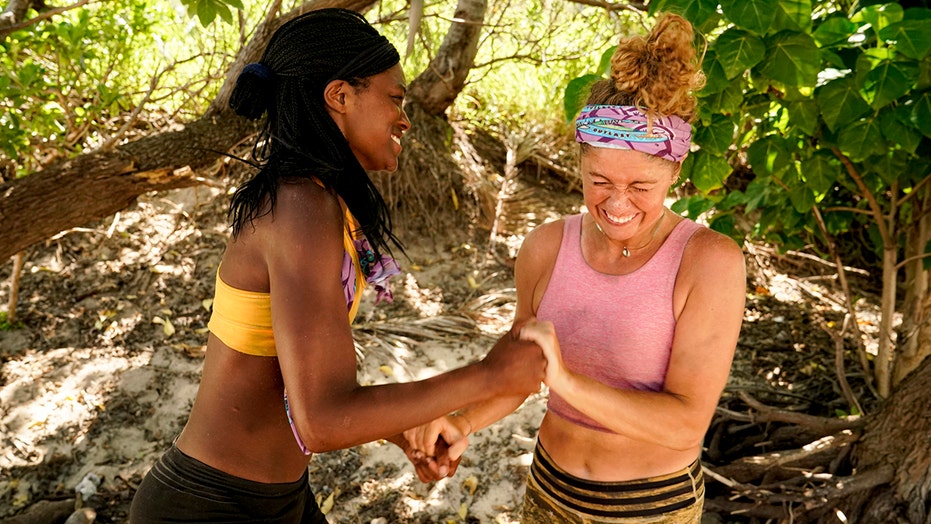 Contestants on “Survivor: Island of the Idols” spoke out on social media after a controversial episode included accusations of sexual harassment between contestants.

The CBS reality competition got heated in its latest episode after Kellee Kim claimed that fellow contestant Dan Spilo had developed a pattern of inappropriate touching. When Missy Byrd and Elizabeth Beisel alleged they had similar experiences with Dan, she began to cry. Kellee eventually went to producers, who handled the situation off-camera. However, Missy and Elizabeth later admitted to exaggerating their claims in order to win the game, prompting immediate backlash.

The two women took to Twitter on Thursday to issue apologies for their misleading accounts of the situation.

“I became so caught up in game play that I did not realize a very serious situation, nor did I handle it with the care that it deserved,” Missy wrote on Twitter. “Due to the nature of ‘Survivor,’ I was viewing the game through a small lens and with a limited scope. I did not have all the information on the subject and I made a game move that was unjust.”

She went on to apologize to the specific women she misled as well as “all women.”

“This is a life changing learning moment for me. Sexual assault is never to be taken lightly, and I’d like to apologize to any viewers that have been victimized.”

Elizabeth echoed those sentiments in her apology post, writing that she was unaware of much of the situation while it was being filmed and only came to realize how harmful her actions were after the fact.

“To Kellee. I was sick to my stomach watching the episode and seeing how much pain you were in,” she wrote. “I wholeheartedly apologize to you for using your accusations against Dan for gameplay. In no world is that acceptable, and I take full responsibility for my actions, and lack thereof.”

She continued: “To women everywhere. Sexual harassment and sexual assault are extremely serious, life altering topics that I do not take lightly. They have no business being used as tactics to further one’s own agenda, whether it be in real life or in the game of Survivor. I am beyond disappointed with my behavior and will use this as a life changing, teaching moment. I apologize to any woman who felt triggered and disrespected by my actions. I regret the way I acted, and I am so incredibly sorry.”

Elizabeth also apologized to Dan, noting that his “reputation is never meant to be someone else’s stepping stone.”

According to People, Elizabeth brazenly admitted that she didn’t feel uncomfortable with Dan despite what she told Kellee. She even said if she, “can play up that card in whatever way possible, I’ll do it.”

She added: “Honestly, I’ve felt safe this entire time and if I had felt uncomfortable I would have said, ‘Please stop.'”

Later, Missy and Elizabeth voted for Kellee to be kicked off the island instead of Dan.

Kellee took to Twitter as well to urge her followers not to shame anyone over the incident.

“Hi everyone, I'm hurting and very sad watching this last episode too, but please try to be kind and understanding. No one deserves threats or shaming, and we can talk about this in a way that we are all better for it,” she wrote.

“In the episode broadcast last night, several female castaways discussed the behavior of a male castaway that made them uncomfortable. During the filming of this episode, producers spoke off-camera to all the contestants still in the game, both as a group and individually, to hear any concerns and advise about appropriate boundaries,” the statement read (via Entertainment Weekly). “A formal warning was also given to the male castaway in question. On Survivor, producers provide the castaways a wide berth to play the game. At the same time, all castaways are monitored and supervised at all times. They have full access to producers and doctors, and the production will intervene in situations where warranted.”