LOS ANGELES – Last month Lora LePoudre, who goes by the escort pseudonym Hilary Holiday, was arrested by the Eden Prairie Police department in Minnesota following an anonymous tip off by a neighbor and a subsequent sting operation by authorities. According to prosecutors, LePoudre was earning $400 an hour for her services.

Neighbors in her family-friendly condo complex told FOX 9 News they were thankful police had arrested her on a misdemeanor prostitution charge. What her neighbors probably did not know is that LePoudre is one of the subjects of a pro-escort documentary "American Courtesans" premiering at the  Women’s International Film and Arts Festival in Miami, Fla. this weekend.

According to court documents, LePoudre, a 44-year-old mom, has pled not guilty to one charge of prostitution. Her attorney, Jean Marie Brandl, told FOX411’s Pop Tarts column that the case is slated to go to trial in June, although she is not concerned that the forthcoming film will impact her client’s stance.

“I haven’t seen the film or had access, but there's a difference between an escort and a prostitute,” Brandl observed. “From my understanding, the film was about escorting; escorting is not illegal.”

Technically, prostitution is the clear-cut offering of sex for cash, while escorting is depicted as more of a behind-closed doors “companionship” service.

The criminal complaint, issued to us by the local District Attorney’s office, described the charge as one who is intentionally “hired, or agrees to be hired, by an individual 18 years of age or older to engage in sexual penetration or sexual contact.”

Yet despite the hoopla surrounding one of the stars, the excitement of screening “American Courtesans” hasn’t been squashed.

“When we received the acceptance letter it was like winning the lottery," Kristen DiAngelo, one of the movie's producers and subjects, told FOX411's Pop Tarts column. "We really didn’t anticipate that we would even be considered. In the past we’ve had challenges with different groups, which don’t really understand who we are or that it is an issue of having control over our own bodies. We’re thrilled to be accepted.”

DiAngelo (also a pseudonym) says the film attempts to show "the events that led us into our profession and the reasons we stay. We address the stereotyping and social stigma attached to this profession and what it has cost us, as well as the benefits and wonders of being a courtesan.”

“American Courtesans” brings to the big screen who DiAngelo and several other high-end escorts are beyond the bedroom through their clients, spouses, children and parents.

“We are simply sisters, mothers, neighbors and friends. We shop where you shop, we vote where you vote and we pay taxes like the rest of you. We want a paycheck and to be responsible, and this is our choice. We are strong, empowered women who know exactly what we want and what we are doing,” DiAngelo, who entered the industry as a teen, insisted. “Most of us sex workers have wanted to broach this subject for years, but fear has kept us silent. I think this is the first time that most of us have felt we have a voice, and that alone makes this worth doing.”

DiAngelo declined to comment on LePoudre's situation, but she said there was a big difference between what they do and other sex work.

“There is a tendency for the outside world to lump the sex industry all together as one, and there is a huge divide between the slave trade (or pimping) and what we do. Sex workers are the first to want to stop abuses because so many of us started that way,” she added. “We are not the problem, but we could offer a solution if allowed to. We could be the United States' first line of defense against the slave trade, because we know the industry in and out, and yet it’s easier for people to just believe we are the problem.”

But not everyone is convinced that the escorting industry anything close to being a positive profession.

“With the amount of dangers linked to this job, it is unfortunate a documentary that seems to be glorifying this industry is being filmed. A documentary of this nature is not only doing a disservice to women, but is the sending the wrong message to young women and girls,” commented media/pop culture expert, Rachelle Friberg. “Instead of empowering women to take control of their lives and make healthy choices with their bodies, this documentary seems to be glorifying an industry that is anything but family friendly.” 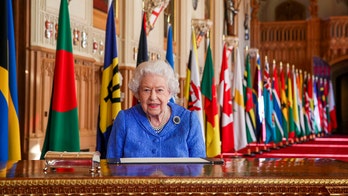