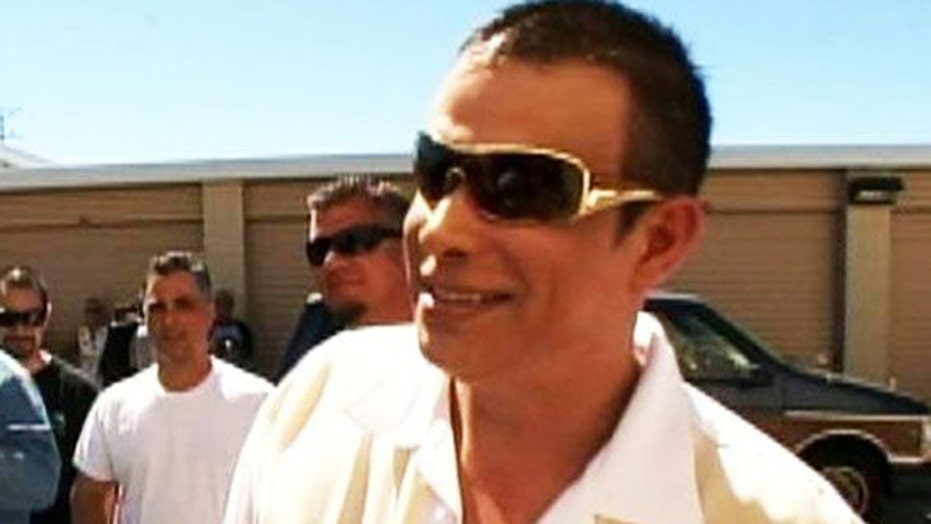 ‘Storage Wars’ star Mark Balelo was found dead on Monday, two days after being arrested on suspicion of possession of methamphetamine, according to multiple reports.

Suicide is suspected as Balelo was found dead in his running car in a garage of apparent carbon monoxide poisoning, TMZ reports. They cited sources saying Balelo was distraught after his arrest.

The autopsy is scheduled for Tuesday.

Balelo, 40, was in several episodes of the popular reality show. Known for wearing flashy clothes and nicknamed “Rico Suave," Balelo is best known for helping return a rare Superman comic book valued at $1 million to its owner, actor Nicolas Cage.

Balelo owned Balelo, Inc., which purchased the contents of storage lockers and liquidated their assets. The comic book was found in a storage locker a decade after it was stolen from Cage.

In an interview two months ago with RadarOnline, which the website now claims was his last, Balelo admitted to a 2009 drug conviction, but said he was just in the wrong place at the wrong time.

“Friends of mine were using a hotel room that was rented in my room. They were partying in there I didn’t do anything wrong. I wasn’t even there. It’s not a big deal," he said.

His fiance Elizabeth Metzidis backed him up.

“I want people to know that Mark has a heart of gold,” she told Radar, adding that Balelo was involved in raising funds for autism awareness.

‘Storage Wars’ has been under scrutiny recently after Dave Hester, a former cast member, filed a lawsuit against the show.

In the lawsuit, Hester claimed the series is fake, saying show producers plant valuable items in units to make the show more interesting. The suit also claimed the show rigged the bidding process.

A&E said the suit is baseless and asked a judge to toss it.