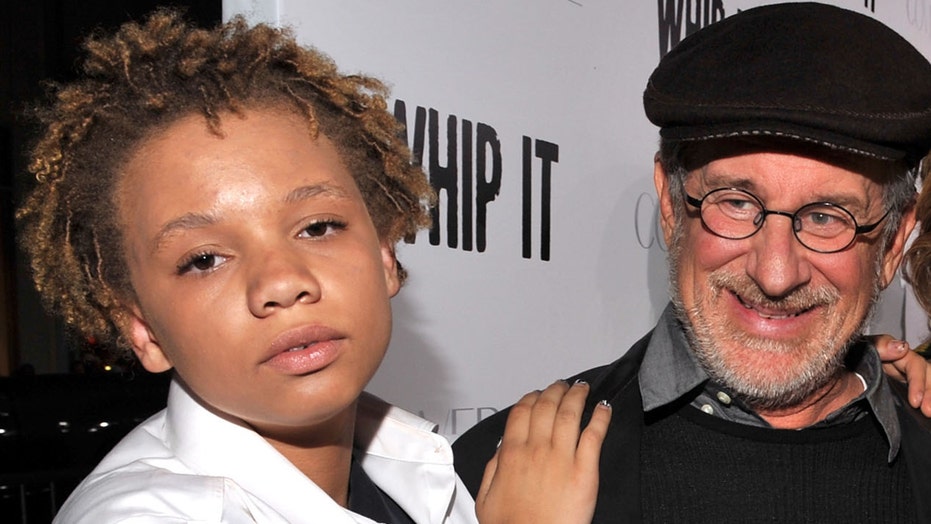 Mikaela Spielberg says her parents are not at all embarrassed by her new adult entertainment career - and actually expected her to go into "taboo art."

Now in a second interview, Mikaela said: "My parents - despite what people have written - aren't embarrassed, they were actually kind of expecting it to be my career... some sort of outsider art... or taboo art, because they've always known that I was a little bit neurotic.

"That's not to say all performers are neurotic...just the kind of performer I am - they've always known that whatever I wanted to do in life I probably was going to do it whether they liked it or not.

"So it kind of felt like a little bit of a relief. It was like they were preparing themselves to get the news for this and they're not sad for me and my choice of career.

"I'm not sad for them. People shouldn't be sad for them. That's the one big thing - people are like, 'I feel sorry for your parents.' Nobody here is a victim."

Mikaela's interview comes after her arrest on a domestic violence charge early last Saturday morning after a night of drinking, where she was detained for 12 hours in Nashville, Tennessee, following a call for medical help for partner Chuck Pankow, 47.

A trial date has been set for next month and both Chuck and Mikaela say they hope the issue can be resolved - and they can move on with their lives.

According to a police report, Chuck sustained an injury to his wrist - but he is adamant that was not caused by Mikaela.

Chuck told The Sun: "I'm really hoping this thing is a huge misunderstanding and I really hope they drop it...That traumatized me watching her get cuffed. I can't imagine how she felt."

Mikaela's lawyer Kurt Bartlett added: "I am confident we will ultimately get the case dismissed and expunged."

"A conversation we had I asked her, 'But I feel you have so much more to offer the world than t--s and a-- and she looked at me and said 'Well why not both?'

"So I couldn't really argue with that.

"It's unfortunate that this [the arrest] happened."

Mikaela revealed she has quit drinking since the arrest - and has now been one week sober.

"I had a duty to my neighbors and to my partner to not be that intoxicated. That's what I'm going to take responsibility for.

"And I also had a duty to myself to not put myself in harm's way like that."

She says her family was also concerned about her drinking - and how it would affect her new career.

"Before I got sober, they [my parents] were like, 'We're scared about your drinking. I'm more scared that you're going to die from that,'" she said.

"They also were thinking about the career stuff. They were like, as long as those two things are separate, we're not embarrassed by you.

"In fact, they said that we're not surprised because, 'You were such a free spirit that your choice in career doesn't surprise us at all.'"

She also says her relationship with Chuck has improved since she ditched the booze - and that they are stronger than ever.

"We're more than life partners...he's my rock. I've built a lot of trust for him since this has all come out and I'm really enjoying having him with me when my career is kind of taking off a little bit. It's exciting."

Mikaela says she has been overwhelmed by support for her new career - although she admits she has received some negative messages and threatening comments.

"It's been kind of insane. It's like 10 percent of the messages are negative and the other 90 percent is this beautiful, supportive community of other women and men who are in the same industry that I'm in right now that are like, 'You can do this independently, you can work for a studio... as long as you're being a good human, the sky's the limit.' And I have never felt this supported in my entire life," she said.

Mikaela, who showed off her new pink hair do during her interview, added: "I get lots of love from black women every day in this community of the industry I'm in.

"But in particular, the most negativity unfortunately is coming from men within my racial community.

"Why would you ever wish that on someone?

"Then there's people who were like, 'You're embarrassing your father.' I'm like, 'You've never spoken to him. How would you know that? There's no way you could know that.'... I have had problems with my dad's fan base. Those are the scariest, in my opinion - just toxic energy."

And she is prepared for any negativity she might receive - describing most of the mean comments she receives as "laughable".

"I've been coping very well... actually I think people were waiting for me to have a meltdown and it hasn't happened, I'm fine!" she said.