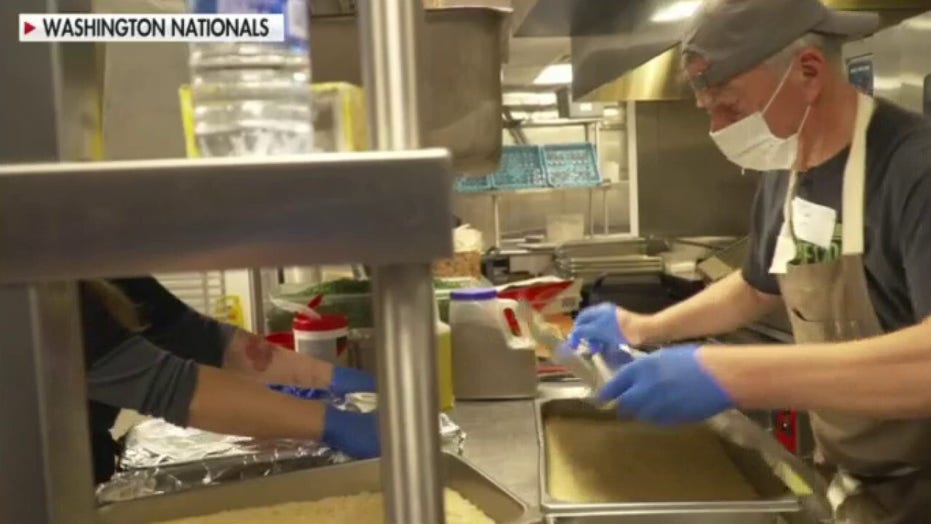 Insight from Jonathan Stahl, vice president of experience and hospitality with The Washington Nationals.

Author Stephen King said he believed a pandemic like the coronavirus was "bound to happen" someday.

He's written dozens of novels that have terrorized readers for decades, including "The Stand," which was published in 1978 and centers on a pandemic from a weaponized strain of influenza that kills nearly the entire world's population. While COVID-19 isn't considered as fatal as the virus depicted in his novel, some readers still feel like they are living in one of his horror stories.

"I keep having people say, 'Gee, it's like we're living in a Stephen King story,'" he said, according to National Public Radio. "And my only response to that is, 'I'm sorry.'"

'DUCK DYNASTY' STAR 'AT PEACE' IN QUARANTINE, HOPES OTHERS FOLLOW

Stephen King at the 2018 PEN Literary Gala in New York. King during an interview with NPR he was sorry people feel 'like we're living in a Stephen King story' (Photo by Evan Agostini/Invision/AP, File)

The outbreak has even forced him to rethink what year the novel he's currently working on would be set in, due to the lack of cruise ship travel in 2020.

"I set [the book I'm working on] in the year 2020 because I thought, 'OK, when I publish it, if it's in 2021, it will be like in the past, safely in the past.' And then this thing came along, and I immediately looked back through the copy that I'd written and I saw that one of the things that was going on was that two of my characters had gone on a cruise," King stated.

"And I thought, 'Well, no, I don't think anybody's going on cruise ships this year.' And so I looked at everything and I immediately set the book in 2019, where people could congregate and be together and the story would work because of that."

King -- like most Americans -- is stuck inside during the outbreak, which has allowed him plenty of time to write. Getting sucked into his writing world has also been helpful in transporting away from his own thoughts of fear during the pandemic, he told the news organization.

He says what worries him about the virus is different from what others may be experiencing.

"It's not panic. It's not terror that I feel, that I think most people feel, it's a kind of gnawing anxiety where you say to yourself, 'I shouldn't go out. If I do go out, I might catch this thing or I might give it to somebody else,'" he told NPR.

King added that he believes the coronavirus will leave a lasting impact on his granddaughter, similar to the way his mother used to speak of the Great Depression when he was a child.

"When [she's grown and] her children say, 'Oh my God, I'm so bored, I can't go out!' ... [my granddaughter] is going to say, 'You should have been around in 2020, because we were stuck in the house for months at a time! We couldn't go out. We were scared of germs!'" King said, according to the media organization.

Back in March, King -- the author of "It" provided some much-needed laughter for his followers on Twitter during a stressful time for many Americans.

He posted a picture that jokingly showed how the clown-like demon from his famous horror novel would adapt during the coronavirus outbreak.

A roll of toilet paper was situated on a sewer grate next to the monster's trademark red balloon -- originally used in the novel and movies to lure its victims.