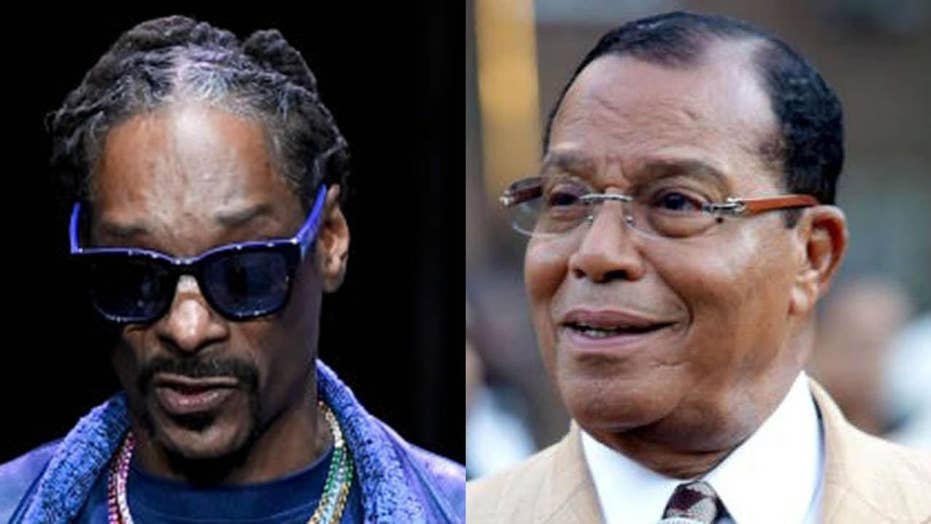 Rapper Snoop Dogg came to Louis Farrakhan's defense and urged his fans to post their favorite videos of the Nation of Islam leader after he was banned from Facebook.

After learning that Louis Farrakhan had been kicked off of Facebook and Instagram for "dangerous" speech, rapper Snoop Dogg came to his defense and urged his fans to post their favorite videos of the Nation of Islam leader.

Farrakhan was booted from the social media site, along with other controversial figures including InfoWars pundit Alex Jones, Laura Loomer, Milo Yiannopoulos and Paul Joseph Watson. Farrakhan has a history of making anti-Semitic comments, having called Hitler a "great man" in the 1980s and, more recently, accusing Jewish people of being involved in the September 11th terrorist attacks.

"Show some love to a real brother."

"How the f--- y'all gonna ban Minister Louis Farrakhan for putting the truth out there?" Snoop asked. "I stand with him. I'm with him. Ban me, motherf---er."

FARRAKHAN CLAIMS TO BE JESUS IN 'SAVIOURS' DAY' ADDRESS: 'I AM THE MESSIAH'

Facebook expanded on its decision to remove a number of accounts on Friday in a statement to CNN Business.

"We've always banned individuals or organizations that promote or engage in violence and hate, regardless of ideology," a spokesperson said. "The process for evaluating potential violators is extensive and it is what led us to our decision to remove these accounts today."

Fox News has reached out to Snoop Dogg's representatives for a comment regarding his Instagram posts but has not received a response at the time of publication.