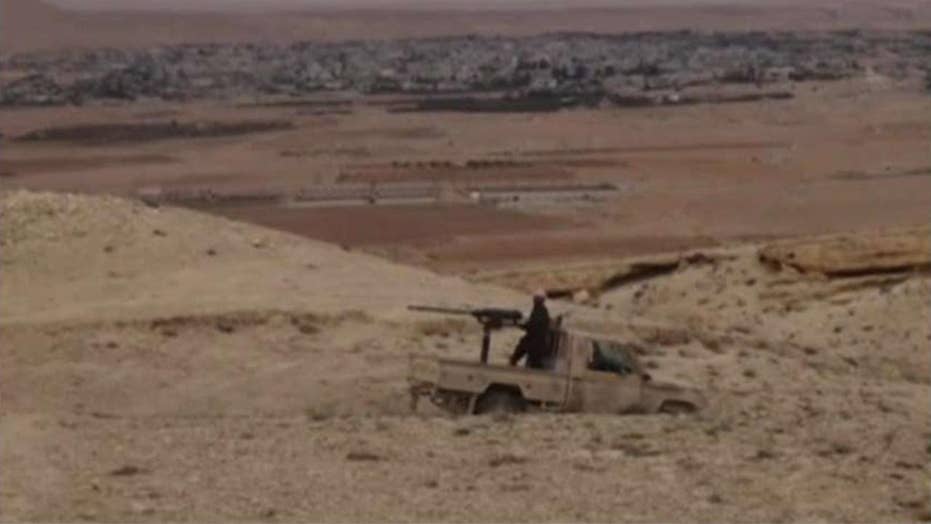 Pete Davidson, in the latest episode of “Saturday Night Live,” played a member of the Islamic State who mockingly thanked President Trump for “bringing jobs” back to the terrorist group -- but during the broadcast, it emerged that ISIS leader Abu Bakr al-Baghdadi was dead as U.S.-led forces closed in on his compound in northwestern Syria.

The ‘SNL’ sketch featured Alec Baldwin reprising the role of President Trump, as he addressed a crowd of supporters during a rally in New Mexico.

One by one, supporters came up to the podium to thank “Trump” for some accomplishment. One of these “supporters” was Davidson as a member of ISIS.

“Where are you from? New Mexico?” Trump asked.

“ISIS! Yeah, I was a prisoner in Syria until last week when you freed me,” Davidson says, referencing hundreds of ISIS affiliates who escaped prison in Syria after Turkish forces invaded the Kurdish-held town earlier this month.

“I just wanted to say, thank you for bringing jobs back to ISIS,” Davidson’s terrorist said, “and I promise that I will make ISIS great again!”

“Terrific. What a great guy. ISIS is back in a big, big way, folks,” Trump said as Davidson walked off the stage, “and we love that, don’t we?”

Unbeknownst to Baldwin, Davidson, and the rest of the “SNL” cast, U.S. Special Operations forces had raided a compound in Syria’s Idlib Province, where al-Baghdadi was thought to be hiding.

U.S. sources confirmed that that ISIS leader used a suicide vest to kill himself as U.S.-led forces closed in on the compound, marking the latest successful operation against the once-powerful group that at one point controlled portions of Iraq and Syria.