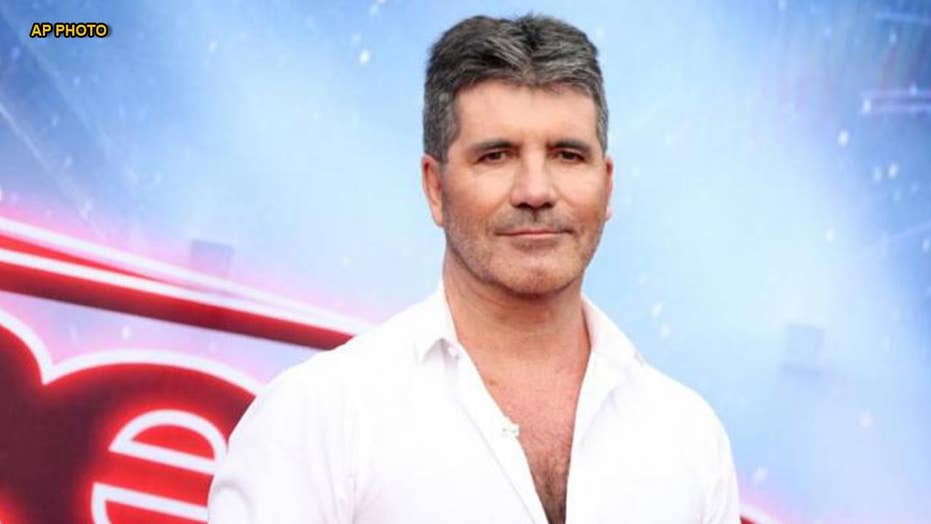 Simon Cowell looks happy and healthy as he shows off his 20lb weight loss — and new teeth.

The "Britain's Got Talent" judge looked trim in his high-waisted trousers and plunging white shirt.

Simon, 59, flashed his pearly whites as he revealed his new image, just months after becoming vegan and ditching meat to shed the pounds.

He used to binge on sausage rolls, hamburgers and his favorite jam tarts made by his personal chefs before converting to veganism.

Simon made the dramatic lifestyle change after falling down the stairs in the middle of the night in October 2017.

He was rushed to the hospital and told that his unhealthy lifestyle where he lived “like a vampire” by staying awake each day until 8 a.m. — had to stop.

The music mogul hopes making sacrifices in his diet and banishing the lates nights will help turning 60 in October a little easier.

Last night he mixed with a whole host of A-list celebs at his annual summer party.

His old pal Piers Morgan shared a snap of himself with Simon and Amanda Holden, teasing he could be returning as a judge on "Britain's Got Talent."

Piers was joined by his stunning model wife Celia, who joked about him being a "gigantic arse" as he stood next to a bum statue.

Strictly professionals Ola and James Jordan, Louise Redknapp and Sinitta were all seen at the star-studded event.

But Simon only had eyes for his other half Lauren Silverman as they shared a kiss on arrival at the Victoria and Albert Museum in Knightsbridge.

Lauren looked incredible in a hot pink frock as they left son Eric at home for a night out with pals.