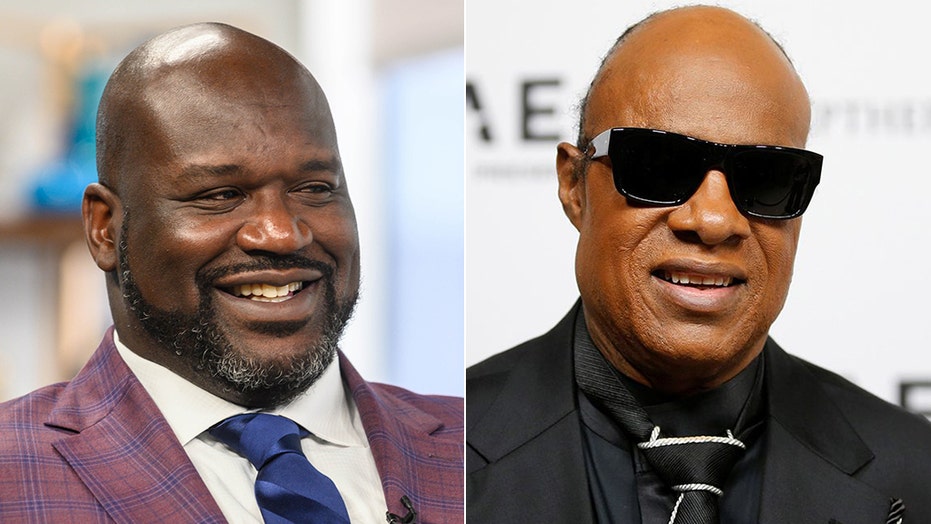 Shaquille O'Neal isn't convinced that Stevie Wonder is blind after a funny encounter in an elevator.

The NBA legend, 47, was co-hosting "Inside The NBA" on Thursday night when he told a quick story that he promised, "you're not gonna believe."

"It's a true story," O'Neal explained. "So, we live in a building on Wilshire. So you park your car and the valet's down there. So I'm already in the building, I'm coming through the lobby. Door opens, it's Stevie Wonder. He comes in, says, 'What's up, Shaq?' Presses the button."

The co-hosts laughed. "For real," he told them suggesting the beloved musician isn't really blind. "He got on the elevator, he was like, 'What's up, Shaq? How you doing, big dog? Yes, he did. Wilshire Boulevard."

"Presses the button, gets off on his floor, goes to his room. I went and called every person I knew and told them this story. And they believed me."

Wonder, 69, has been blind since birth after being born six weeks prematurely, according to his official biography. He was also enrolled in the Michigan School for the Blind.