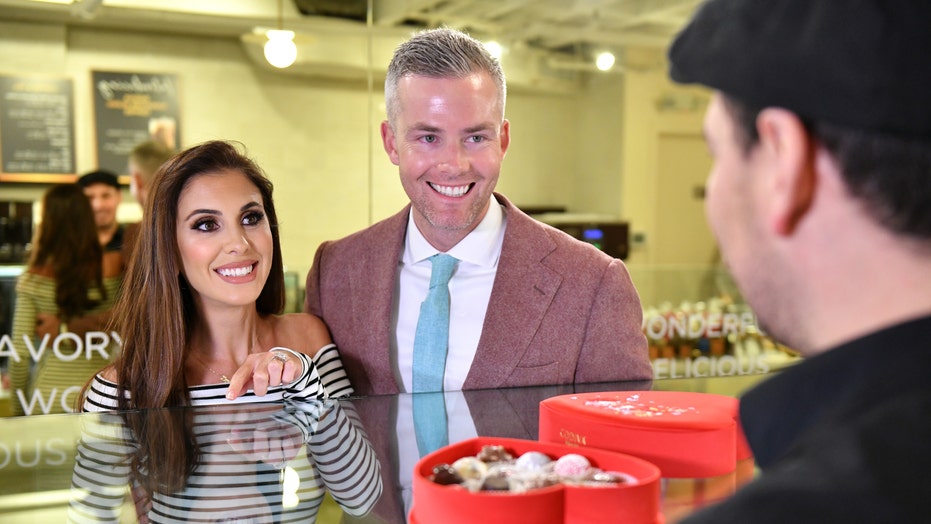 Being on a reality TV show can put a lot of strain on a marriage, but "Million Dollar Listing: New York" couple Ryan Serhant and Emilia Bechrakis Serhant work hard at staying connected even with cameras around.

"I would say don't let it change you as a couple, but use the time that you're filming as time together," Emilia told Fox News at a Godiva event in New York City just in time for Valentine's Day. "We are really busy people. We're working all the time so when we're together filming, it's our time together."

"And be protective of each other," she added.

The couple met in NYC but come from different cultural backgrounds with Ryan being raised in New England while Emilia was born in New York but grew up in Greece and then went to college in the UK.

"So I am from a very big Greek family and culturally we are different," she said. "We're more in each other's business. Ryan's family is very New England, but they're very proper in that they don't meddle in our business. But I think we actually complement each other very well."

"He's always excited about holidays or with my family because he can do whatever he wants, he can chill, wear whatever he wants. When I'm with his family, I love sitting with his dad. I love the structure of everything and the peace and quiet," Emilia said with a laugh.

The couple welcomed their first child together, baby Zena, a year ago and being parents has transformed their lives. "Zena walks, she dances, climbs. Every time she hears music, she moves her little feet," Emilia gushed.

Last season on the Bravo reality show, it seemed like everyone was having kids but the Serhants actually spent the most time with Andy Cohen and his son, Ben. "We still haven't had a play date with Steve and his baby, but we need to. We're working and planning that right now. Louis is traveling and Fredrick moved," Ryan said.

The top NYC broker doesn't have too much downtime though. He's currently filming and working hard on his 2020 goals.

"We already started filming season nine," he said. "We're filming in this massive new building. We're selling some amazing townhouses and doing some crazy renovations. The cameras are following the renovation of our own townhouse. So we just have to up the ante, which is super stressful."