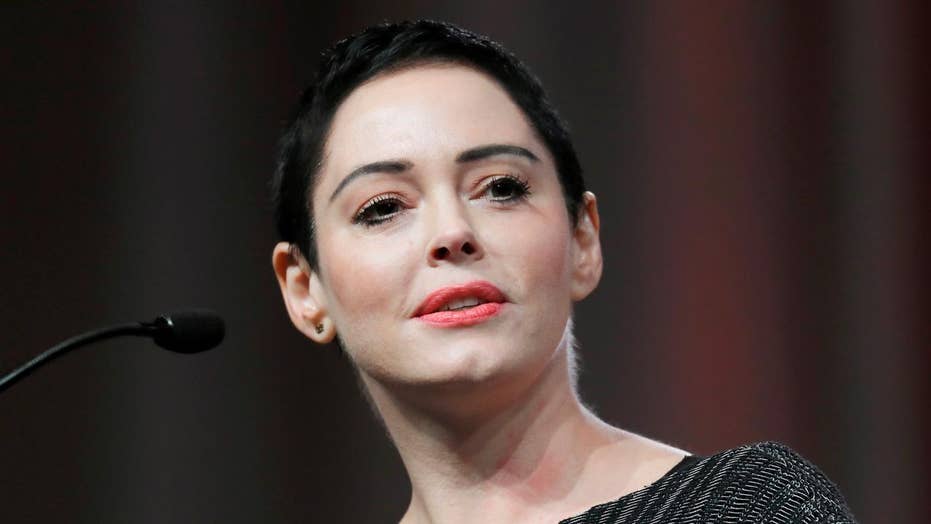 Rose McGowan had a message for Harvey Weinstein on his special day: “Happy f---ing birthday.”

The 44-year-old has been at the forefront of efforts to change the culture of silence around sexual abuse in Hollywood ever since she accused the producer of raping her in 1997.

The fallen filmmaker, once one of Hollywood’s most powerful men, has been accused of sexually assaulting and harassing more than 80 women.

In addition to McGowan, actresses Ashley Judd, Kate Beckinsale, Mira Sorvino and Daryl Hannah have spoken out against Weinstein, who has denied all allegations of non-consensual sex.

“Happy f---ing birthday. From all of us,” McGowan eerily tells Weinstein before her voice drops to a whisper. “We win.”

Her mocking message comes after she told Britain’s Sunday People that she has been targeted with intimidation since she went public with her allegations.

“I’m sure he would prefer it if I were dead,” she told the outlet. “He’s a sociopath. I am not afraid — but I should be. The people I find worse than him are his lawyers. The way they are acting has been disgusting.

“The people around him, that have supported him in his attempt to dominate and abuse women, are monsters, just as much as he is,” she continued.

“There is no rehabilitation for that type of soul. They just need to fall off the planet. He doesn’t believe he has done anything wrong.”

Meanwhile, The Weinstein Company, which the Hollywood honcho founded, declared bankruptcy Monday and announced it would release victims of – and witnesses to – his alleged misconduct from non-disclosure agreements.

“Effective immediately, those ‘agreements’ end,” the company said in a statement, adding that “no one should be afraid to speak out or coerced to stay quiet.”