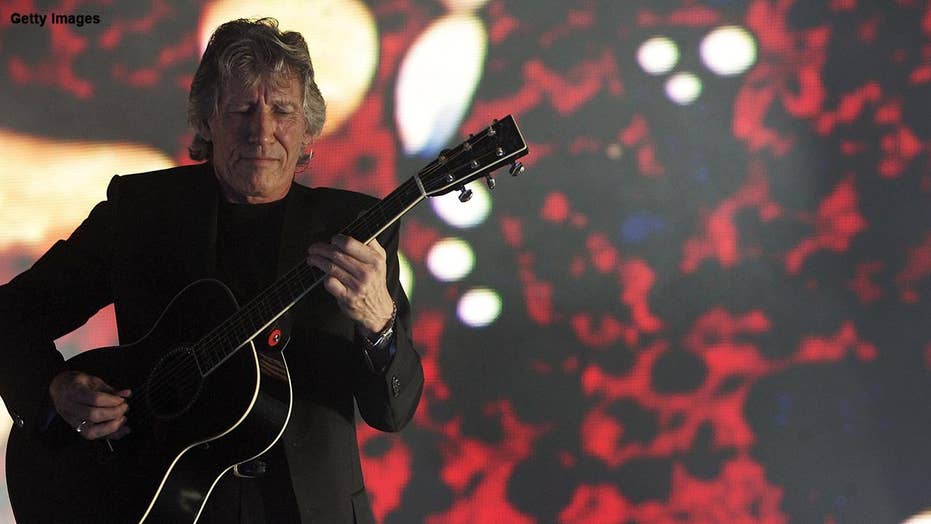 As controversy continues to swirl around the Super Bowl LIII Halftime Show, Pink Floyd’s Roger Waters is calling upon Maroon 5, Travis Scott and Big Boi to take a knee during the big televised event in solidarity with Colin Kaepernick.

Maroon 5 has been the subject of immense backlash after agreeing to be the headlining act for this year’s Halftime Show. Many in the music community believed the band should turn down the event due to the treatment the NFL gave to the former 49ers quarterback, who knelt during the National Anthem in an effort to protest police violence and misconduct. Kaepernick was made a free agent and subsequently not picked up by any team. He’s currently embattled in a lawsuit with the NFL, alleging that the teams colluded to keep him off the field.

Waters took to Facebook earlier this week shortly after it was revealed that Maroon 5 would be skipping the traditional pre-show press conference at the big game on Sunday. The musician shared a video from his gig in Hartford, Connecticut on Sept. 24, 2017 where he and his band knelt in solidarity during their show.

“We did it in solidarity with San Francisco Quarterback Colin Kaepernick’s gesture of protest against the endemic racism and often deadly force meted out by police departments across this land. It was the third Sunday of Colin Kaepernick’s lock out by the NFL. The message was clear, ‘Shut your mouth, boy!’ Next Sunday will be the 36th Sunday he has been locked out of your national game,” Waters wrote in the video’s caption. “This is not a victory for the NFL, it is a defeat, you have denied football fans everywhere the pleasure and the honor of watching one of the greatest quarterbacks who ever played the game, and you have shown your true colors.”

He continued: “You can sit in your boardrooms and huff and puff on your cigars in your glass boxes, but your action is a poke in the eye for everything that is decent in America. Colin Kaepernick is an American hero. If the USA is to have a future, it is the Colin Kaepernicks of this world who will lead you there, in fact, it is Colin Kaepernick who is leading you now.”

The star concluded his lengthy plea by speaking directly to the three performers that agreed to do the show. Maroon 5, Big Boi and Travis Scott, who reportedly only agreed to do the show after the NFL donated $500,000 to Dream Corps, are the only acts expected during the event. Waters asked them to take a knee on the stage in front of the world to show their support of Kapernick and hold the NFL accountable.

“My colleagues Maroon 5, Travis Scott and Big Boi are performing during the halftime show at the Super-bowl this coming Sunday, I call upon them to ‘take a knee’ on stage in full sight. I call upon them to do it in solidarity with Colin Kaepernick, to do it for every child shot to death on these mean streets, to do it for every bereaved mother and father and brother and sister,” Waters wrote. “My mother used to say to me, ‘In any situation there is nearly always a right thing to do, just do it.’ So, there you go my brothers, you are faced with a choice, I’m not saying it will be easy, all the Presidents men, all the huffers and puffers, will be royally pissed off, but, $#@%’em, I call upon you to do it because it’s the right thing to do and because somewhere inside you know it.”

So far only Maroon 5's frontman, Adam Levine, sat down with Entertainment Tonight to address the controversy ahead of the big game where he simply noted that he expected the controversy and backlash and tried to highlight the music and “silence all the noise.”