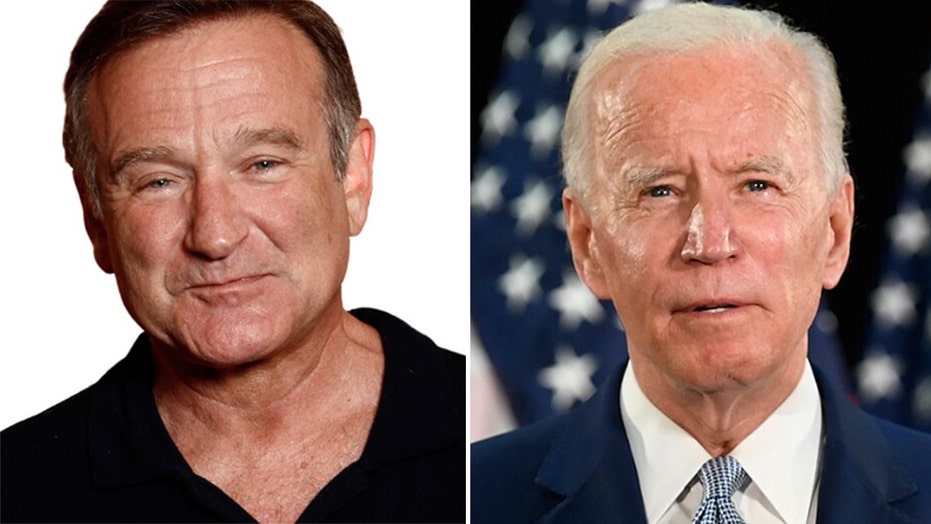 A 2009 clip of Robin Williams ripping into Joe Biden during a stand-up routine has resurfaced online, and fans are loving it.

Just days before Biden came under fire for his remarks about African American and Latino diversity, an old video from Williams' HBO special "Weapons of Self Destruction" was posted to Twitter in which he calls the then-vice president out for his infamous flubs at speaking events.

"We still have comedy though, we still have great comedy out there. There's always rambling Joe Biden. What the f--k," Williams cracks to a crowd. "Joe says s--t that even people with Tourette's go, 'No, no. What is going on?'"

He joked: "Joe is like your uncle who is on a new drug and hasn't got the dosage right."

Fans were doubled over with laughter in response to the now-viral clip and claimed that if Williams were still alive today, he'd have even more material to work with.

"I'm telling you all right now, you may love the packaging, but the present inside is the same guy Robin Williams skewered, as I was reminded today. He's still cranky, hostile to questioning, anti-progressive, jail-filling, law-hardening, not Trump," one Twitter user reacted.

"He'd have even more ammunition with Joe Biden at present, as the guy cant keep it together at the rallies. But yes miss Robin Williams humour," another tweeted.

"This pretty much sums it all up. The D in Democrat stands for dementia," one quipped.

JOE ROGAN WOULD VOTE FOR PRESIDENT TRUMP OVER JOE BIDEN: 'I DON’T THINK HE CAN HANDLE ANYTHING'

"I love this clip and miss Robin Williams!" another wrote.

Amid several fans declaring that Williams' impression of Biden was spot-on, a few reminded the Twitterverse that Williams formerly took cracks at President Trump, too.

One fan shared a past clip of Williams who joked onstage that Trump "plays Monopoly with real f---ing buildings."