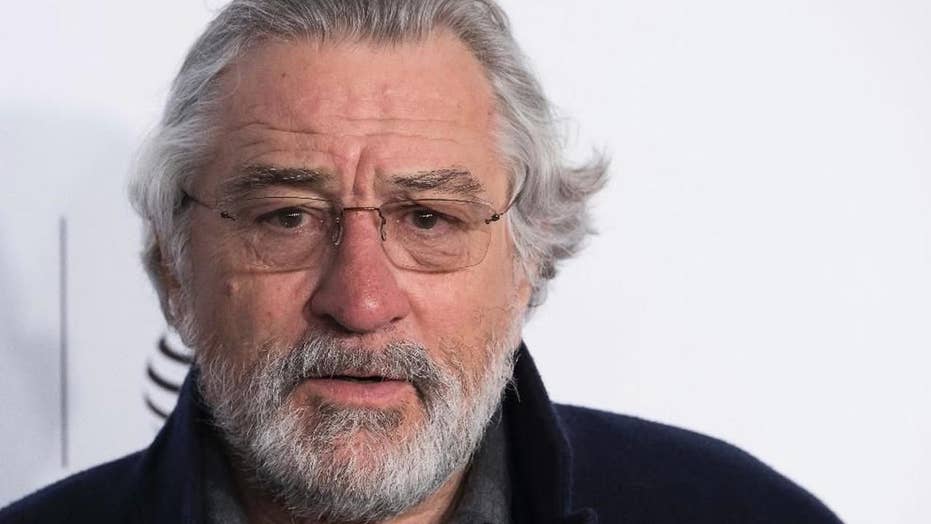 Academy Award-winning actor Robert De Niro unloaded on the president during an interview with Stephen Colbert.

The interview, which Colbert pointed out was taped Tuesday but aired Friday, came before Special Counsel Robert Mueller’s highly anticipated redacted report was made public Thursday. The “Late Show with Stephen Colbert” host mentioned the report to De Niro, who portrays Mueller on “Saturday Night Live.”

The actor said he didn’t know “what will happen” following the report but hoped it “goes further.”

ROBERT DE NIRO DOUBLES DOWN ON ROBERT MUELLER, BELIEVES HE CAN PUT DONALD TRUMP 'AWAY FOR A LONG TIME'

“I keep saying that I don’t know whether this is actually possible where I can handcuff him and take him away in an orange jumpsuit,” De Niro said.

“I assume you mean the president of the United States?” Colbert jokingly asked.

The host then asked the “Taxi Driver” star why he didn’t give President Trump a chance.

“You’re right that’s what I said after he was elected, ‘Give him a chance,’” De Niro replied. “I give everyone the benefit of the doubt. This guy has proven himself to be a total loser.”

The two then switched their conversation to his upcoming film “The Irishman.” Colbert asked him why he believed audiences responded to the “gangster genre.”

“It’s just that people like the outlaw-type thing except we have a wannabe gangster in the White House now,” De Niro said.

“He tries to act like a tough guy, a made man,” Colbert said of Trump.

De Niro referred to Trump as a “dumbbell.”

“Even gangsters have morals and ethics, a code. And you know when you give someone your word, that’s all you have is your word. This guy he doesn’t even know what that means,” De Niro continued.

De Niro has been an outspoken opponent of Trump. In December, the 75-year-old actor told CNN that Trump's tenure in the White House will be "one of those things" that people will look back on years from now and recall, "Remember all that stuff, how terrible it was?"