Robert De Niro on Monday continued an ongoing tirade against President Trump, comparing his time in office to "a nightmare you remember."

The 75-year-old actor told CNN that Trump's tenure in the White House will be "one of those things" that people will look back on years from now, and recall, "Remember all that stuff, how terrible it was?"

De Niro — who portrays Special Counsel Robert Mueller on "Saturday Night Live" — said what's happening in the world is something he "never thought" he'd experience during his lifetime. He said he's become so outspoken against the president and his administration because he knows "what kind of person this guy is."

"He's a New Yorker who I never would want to meet, never want to meet him, and now he's president," the "Raging Bull" actor said. "And the reason I wouldn't want to meet him is because of the kind of person he is. As we all know now, there's nothing new. It's disgraceful, but we'll get past it."

De Niro has often been critical of Trump, saying during an interview in October with fellow "SNL" guest star Alec Baldwin that he's "so offended" by the 45th president. 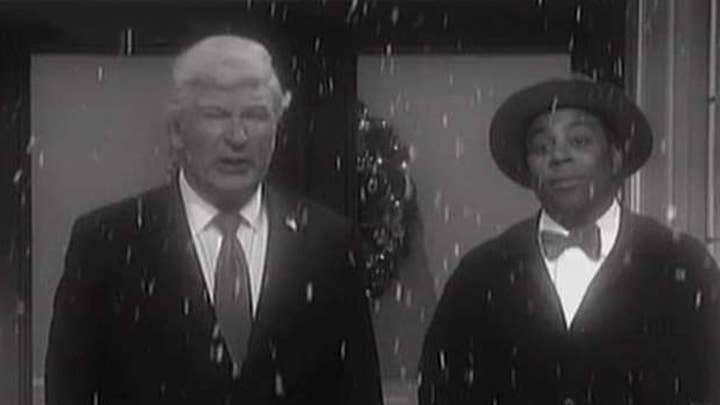 "Everything he says about other people, ‘You're a loser. You're a this. You're a that,’ is everything he's saying about himself… he's so transparent. He's projecting,” De Niro said.

The "Taxi Driver" star reiterated that point on Monday. When asked if he feels like he's giving Trump what he wants when he publicly feuds with him, De Niro said he wasn't "because his responses, his retorts, if you will, are inane and they're kind of stupid. He doesn't even say anything that's witty or smart, it doesn't bother me. It's ridiculous."

TRUMP TWEETS NBC, 'SNL' SHOULD BE TESTED BY COURTS AFTER CHRISTMAS PARODY SKETCH

De Niro, who now plays the recurring role on the Saturday night sketch show, added he's "having fun" playing Mueller, who is investigating Trump's 2016 campaign, and said he believes he pitched the idea of playing Mueller to the show's creator, Lorne Michaels, himself.