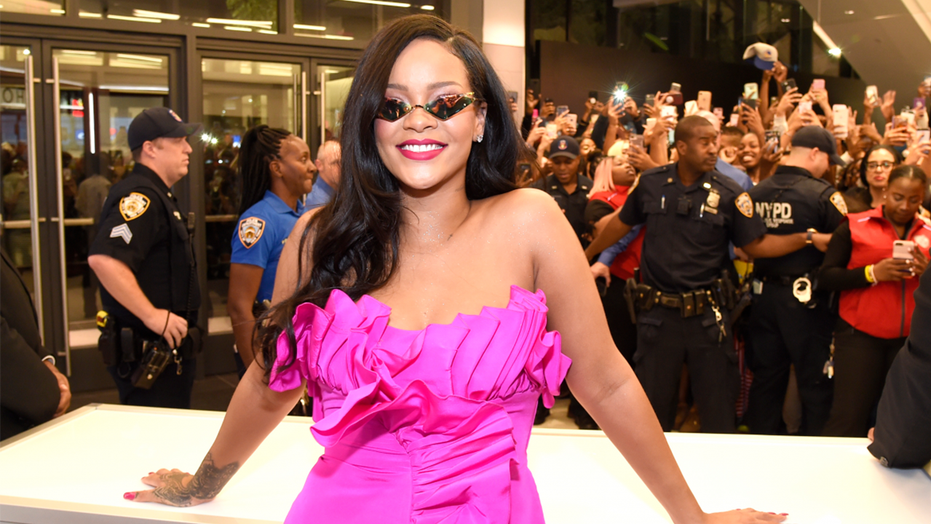 Rihanna fans are calling for the singer to replace Queen Elizabeth II as Barbados' head of state amid the island's bid to become a republic in 2021.

The “Work” singer, whose real name is Robyn Rihanna Fenty, was born and raised in Barbados. It was there that her talents were discovered as a teen.

On Tuesday, the Caribbean island's government announced that they plan to “fully leave” their “colonial past behind,” meaning they would remove the 94-year-old British monarch as their head of state and dissociate them from their previous colonizer.

BARBADOS TO REMOVE QUEEN ELIZABETH II AS HEAD OF STATE, BECOME A REPUBLIC

“It's time for Barbados to remove Queen Elizabeth as Head of State, in favor of Queen Robyn Rihanna,” one fan requested.

Another demanded, “Replace her with Rihanna, you cowards!”

“Barbados should make Rihanna their new head of state,” a fan wrote adding, “No but really good on them separating themselves from the queen. I’d love to see more island nations follow suit.”

One fan called the replacement of Queen Elizabeth an “important first step to installing Rihanna as the God Empress of Barbados.”

RIHANNA JABS TRUMP, SAYS SHE'S TOO BUSY 'TRYING TO SAVE THE WORLD' FROM CORONAVIRUS TO RELEASE MUSIC

“Finally. Everybody knows Rihanna is the true sovereign of Barbados,” another fan declared.

One fan added, “I know I’m not from Barbados, so my opinion doesn’t really count, but I’d like to nominate @rihanna as Barbadian Head of State.”

Other fans joked that if Rihanna were to become the head of state in Barbados that they would never get her highly-anticipated 9th studio album.

Another added: “I feel like Rihanna will become Prime Minister of Barbados before dropping that album.”

The call for Rihanna to become the country’s head of state isn’t very far-fetched. In 2018, she was named Ambassador Extraordinary and Plenipotentiary in Barbados, a responsibility dedicated to promoting tourism, education and investment in the country.

The street she grew up on was also renamed Rihanna Drive in 2017.

Since then, the “Needed Me” singer has been providing financial support to the country for necessary infrastructure improvements, and more recently, for coronavirus relief aid.

Barbados, which achieved independence from the United Kingdom in 1966, said it aims to “take the next logical step toward full sovereignty and become a Republic by the time we celebrate our 55th Anniversary of Independence.”

“Barbadians want a Barbadian Head of State. This is the ultimate statement of confidence in who we are and what we are capable of achievin," Governor-General Sandra Mason said before Parliament Tuesday, reading a speech written by Prime Minister Mia Mottley.

“Barbados and the UK are united in our shared history, culture, language and much more. We have an enduring partnership and will continue to work with them along with all our valued Caribbean partners,” a British Foreign Office spokeswoman said.

Barbados gained independence from its colonial ruler decades ago but stayed connected to the monarchy, with Queen Elizabeth II as its legal and practical, but non-political, ruler, according to U.K.’s The Independent. After establishing its own head of state next year, the nation, like many other former territories in the British Empire, is expected to become a republic within the Commonwealth.

Britain's Queen Elizabeth II reacts as she looks out during a ceremony to mark her official birthday at Windsor Castle in Windsor, England, Saturday June 13, 2020. (Toby Melville/Pool via AP)

Barbados was first seized by England in 1625 and became infamous as a stop in the transatlantic slave trade. Colonists would ship in laborers to work in the prosperous sugar cane production industry.

The country will join former Caribbean colonies Trinidad and Tobago, Dominica and Guyana, which all achieved independence and became republics in the 1960s and 1970s, but stayed within the Commonwealth.