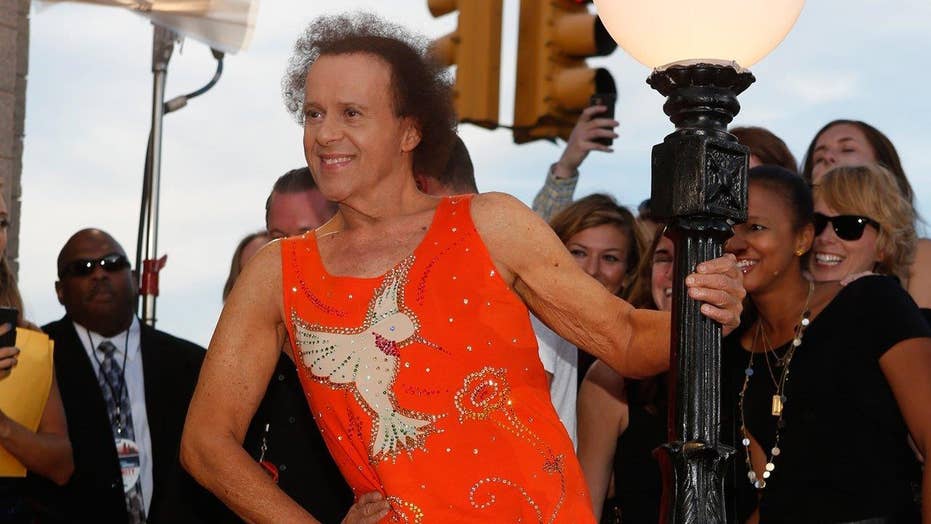 Fox 411: Fitness guru says he was dehydrated, urges all to drink plenty of liquids

"He just hasn't taught there in over two years," Catalano said, also telling ET that it was Simmons' idea to close the studio for good.

Simmons also confirmed the news on Facebook, writing, "Some of you may have heard that Slimmons will close next month. While it is true, it has been an amazing part of my life to teach, meet and support people from all over the world."

"I want to thank everyone who has come through those studio doors to laugh, cry and sweat with me!" he added. "Remember to keep sweatin', keep movin' and most importantly go out and Vote! Love Richard xo."

The last day of classes will take place on Nov. 19.

The news comes just four months after Simmons -- who Catalano says is "doing great" -- was hospitalized for bizarre behavior. At the time, the Los Angeles Fire Department confirmed to ET that they responded to a call at 11:52 p.m. at Simmons' home. He was then transported to the hospital via ambulance.

"Thank you to everyone who has reached out with love and concern after hearing I was in the hospital," Simmons later told ET in a statement. "I was dehydrated and needed some fluids and now I am feeling great! Summer is here -- drink plenty of liquids. Big hugs and kisses for caring."

WATCH: Richard Simmons Thanks Fans for Support After Clarifying He Has Not Been 'Kidnapped'

Back in March, ET spoke with Simmons over the phone, where he explained why he had not been seen in public in more than two years.

"No one should be worried about me," he added. "The people that surround me are wonderful people who take great care of me."

As ET previously reported, the conversation took place one day after the New York Daily News published a "very hurtful" article about the Sweatin' to the Oldies creator, claiming he was "being held against his will inside his Hollywood Hills mansion" and that his former friends had become concerned. His last public appearance was on Dec. 13, 2013, at SPARKLE: An All-Star Holiday Concert at L.A.'s ACME Comedy.

WATCH: Richard Simmons Speaks Out: 'No One Should Worry About Me'

Simmons explained that this is how he wants to live his life right now, urging people not to worry about him. "If I was in any trouble, if I was hurting in any way, I would reach out," he assured ET. "It is time right now for Richard Simmons to take care of Richard Simmons."