On Tuesday, Trump called on Omar to resign from Congress after she issued what he called a “lame” apology for her tweets that suggested Jewish groups such as the American Israel Public Affairs Committee (AIPAC) paid for Republican support.

Burnett began the panel by asking Boykin if he thought that Trump’s demand for her resignation was “hypocritical” -- he did -- and accused the president of having a “history of anti-Semitism,” pointing to Trump remarks from the 1990s where he once reportedly said he wanted “short guys wearing yarmulkes” to be counting his money. Also referenced: remarks he made to the Republican Jewish Coalition in 2015, when he told them he didn’t want their money.

The president was also accused of “blaming” the Pittsburgh Tree of Life synagogue after the October 2018 massacre there for not having armed guards -- and assailed over his “both sides” remarks after the 2016 attack in Charlottesville, Virginia. 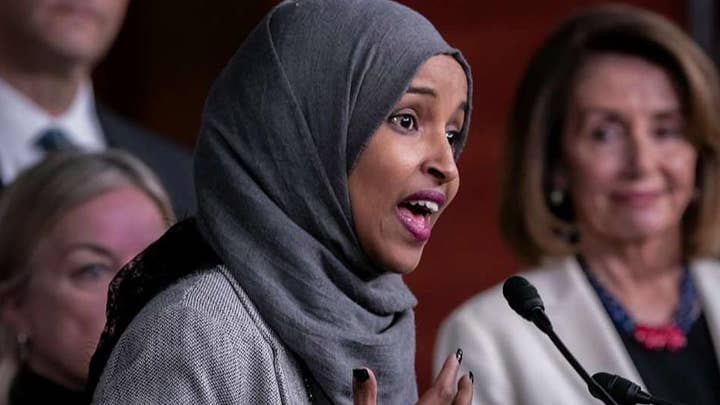 “Donald Trump is the one that needs to apologize and resign,” Boykin declared.

The CNN anchor then played a clip of Trump telling that Republican Jewish Coalition that he didn’t want their money and they “want to control your own politician.”

“How is that any different?” Burnett asked Jennings, a former special assistant to President George W. Bush.

Jennings responded by telling the panel that he recalled Trump telling many donors that he didn’t want their money, but that didn’t sit will with the CNN anchor.

“That was at the Republican Jewish Coalition where he was speaking! You cannot act like that’s not relevant, Scott!” Burnett pushed back.

The GOP pundit doubled down and agreed with the president that Omar should be taken off the House Foreign Relations Committee just as Rep. Steve King, R-Iowa, was removed from several committees last month after his defense for terms like “white supremacist” and “white nationalist.”  He did, however, oppose Trump’s call for her to resign from Congress, saying voters “should make those decisions.”

Boykin then compared Trump’s numerous statements about how his daughter Ivanka Trump and son-in-law Jared Kushner are Jewish to someone saying “some of my friends are black” to prove they aren’t a racist. And he blamed the president for “contributing to this atmosphere of hatred and division in our country.” 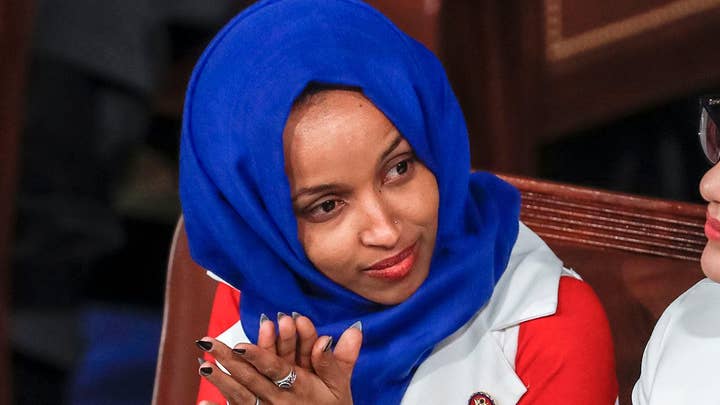 While Jennings conceded that Trump didn’t have a “perfect track record” when it came to his history of inflammatory rhetoric, he argued that shouldn’t mean “we can’t have a reasonable conversation about a member of the House Democratic majority.”

“She didn’t just invent this by accident. She has had anti-Semitic language associated with her since 2012,” Jennings continued. “And I know we’re gonna play whataboutism with Donald Trump and that’s fine. You can pull a lot of stuff out, you have done that, but the reality is the Republicans just dealt with a very similar situation by taking someone off committees. The fact that they’re unwilling to do that- the congresswoman you just interviewed wouldn’t even use her name!”

OMAR'S TWEETS THE LATEST IN LONG LINE OF CONTROVERSIAL COMMENTS

“Well, that’s a lot like Steve King and the Republicans,” Burnett responded.

“They took him off of his committees!” Jennings exclaimed.

“If he’s saying she should resign for tweeting about Benjamins, Scott, then how should he not resign for saying that Republican Jewish donors buy off their candidates? What is the difference?” Burnett asked.

Boykin defended Omar by differentiating that King is a “69-year-old man” who has been in office since 2003 and that the 37-year-old congresswoman has only been in office “since last month,” an argument Jennings quickly dismissed.

“This is outrageous. I can’t believe the Democrats are going to the mat to defend this anti-Semitic member. I can’t believe it, but if that’s how you want to play it, go ahead,” Jennings added.