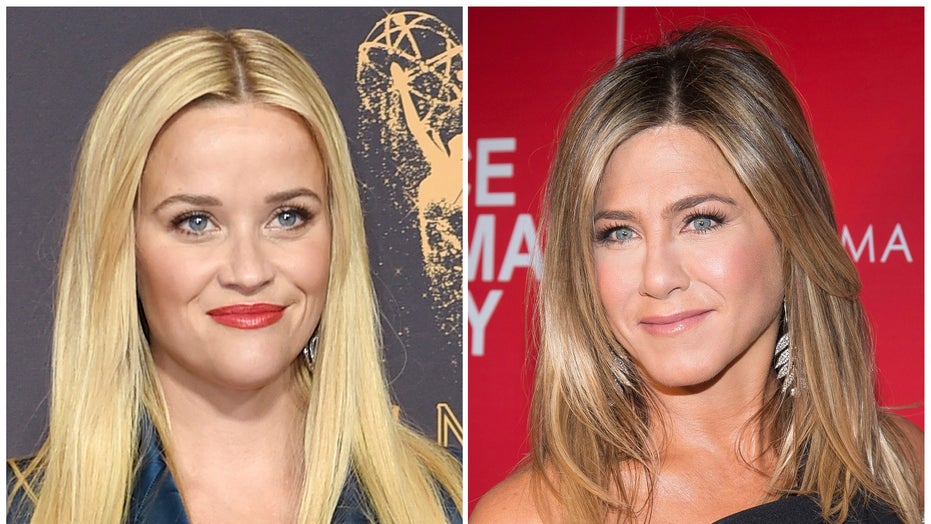 Reese Witherspoon had to reach far back into her memory bank in order to recall meeting Jennifer Aniston for the first time.

The “Big Little Lies” star spoke about encountering Aniston on the set of “Friends” two decades ago when Witherspoon was brought on to play the sister of Aniston’s character, the venerable Rachel Green.

"I was 23 years old and had just had a baby," the Oscar winner recalled in an interview with Harper’s Bazaar for the magazine’s November issue. "I was nursing Ava [Phillippe] on set, and Jen just kept going, 'You have a baby?' I was like, 'I know, it's weird.' And I remember her being like, 'Where are you going?' And I was like, 'I'm pumping!'"

Despite the new mother having to tote around her daughter, Witherspoon, 43, said Aniston, 50, couldn’t have been more helpful in easing her anxiety about performing when the lights came on.

"She was so sweet to me," said Witherspoon. "I was really nervous, and she was like, 'Oh, my gosh – don't worry about it!' I marveled at her ability to perform in front of a live audience like that with no nerves. They would change all the lines, and she was just so effortlessly affable, bubbly, and sunny. We've been friends ever since."