Having emerged victorious from the Great War against the Night King and his army of the undead, those who survived now grapple with the next battle against Cersei Lannister in King's Landing.

[Spoiler Alert: The remainder of this article will discuss Season 8, Episode 1 of “Game of Thrones”]

Season 8, Episode 4 was a rollercoaster of emotions for fans who saw many of their favorite characters undergo some extreme changes. The episode opens on a funeral for those who fell in the Great War, which soon transcends into a party celebrating their victory. A number of exciting events take place in the aftermath, including Daenerys crowning Gendry the Lord of Storm's End, after which he proposes to Arya and asks her to join him there as his wife and lady. Arya predictably declines and echoes a phrase she's said throughout the show - "I'm not a lady."

After it's revealed during a drinking game that Brianne is a virgin, Jamie turns up later to her room and the two end up in bed together - satisfying the feelings that have been building for several seasons between them.

Tensions continue to rise between Daenerys and the rest of her advisers, as her mental state appears to be deteriorating as the wars wage on. After the party, she approaches Jon in his room, and urges him to keep their secret about his true identity between the two of them so that she can rightfully be queen. 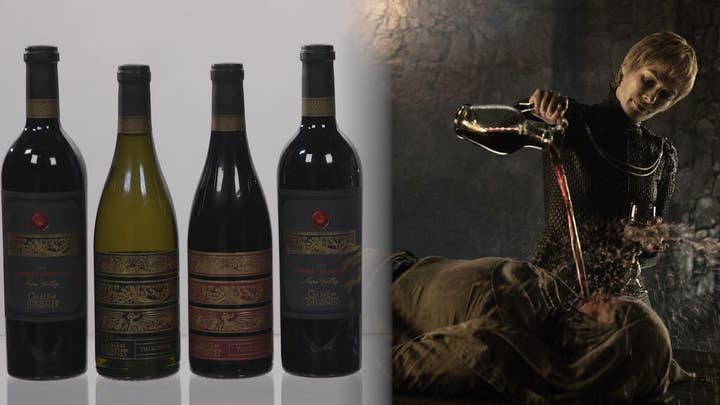 Jon seems apprehensive to lie to his Stark family, and soon tells his sisters, Sansa and Arya. Sansa wastes little time entrusting the news with Tyrion, as she has continued to question Daenerys' ability to rightfully rule. Sansa and Arya approach Jon and tell him that they don't trust her.

RECAP: 'GAME OF THRONES' SEASON 8, EPISODE 3 - THE BATTLE OF WINTERFELL

Things only get worse when Daenerys forces the Northern army to sail on to take King's Landing from Cersei. Sansa urges her to let their army take some time to rest and heal from the Great War, which doesn't go over well with Daenerys. The decision is made to head to King's Landing, which prompts some tearful goodbyes between some of the show's best characters.

Jon bids farewell to Sam, who reveals that his girlfriend Gilly is pregnant. If it's a boy, they plan to name it Jon. Tormund reveals that he's taking the free folk back to their home up north, and Jon asks him to take his dire wolf with him.

Terror strikes as the group nears King's Landing, as Euron Greyjoy ambushes their ships and kills her dragon, Rhaegal. They also take her longtime friend and adviser Missandei hostage, which petrifies Grey Worm, who loves her deeply.

When news about the ambush gets back to Winterfell, Jamie is struck by a need to return. Brianne begs him to stay with her - a rare moment of vulnerability for the new knight - and tells him that he's a good man, and not like his sister. He proceeds to list off the despicable things he's done over the years because of his love for Cersei, and rides off into the night.

The decision is made to approach Cersei with a small group and urge her to bend the knee to avoid further bloodshed in King's Landing. In typical Cersei fashion, she instead chooses the violent route, and beheads Missandei in front of Daenerys and Grey Worm.

Daenerys walks away with a look in her eyes that is reminiscent of her father - the Mad King - and it's clear that she intends to burn the city to the ground with Cersei inside.

The attack on King's Landing will certainly be the subject of next week's episode, so check back with Fox News for a weekly recap.