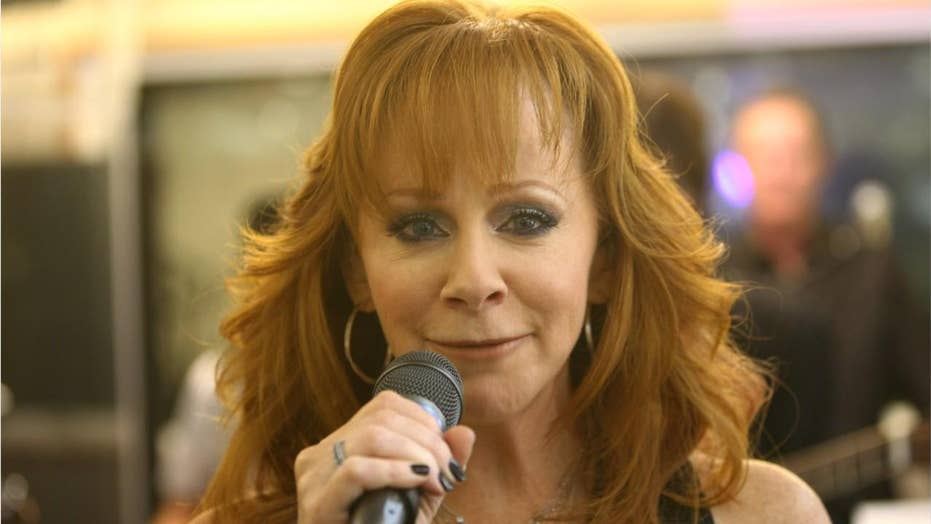 Country music icon Reba McEntire will be hosting the 54th Academy of Country Music (ACM) Awards in Las Vegas on Sunday night, but it won’t be her first rodeo.

The 64-year-old singer has hosted and co-hosted the awards show 15 times before — including last year — and won 16 awards herself (out of 52 nominations) since 1980.

Ahead of Sunday’s show, here’s a look at some of McEntire’s best moments at the ACM Awards.

McEntire was first nominated for an ACM Award in 1980 when she was only 25. She was nominated for “Top New Female Vocalist,” but she lost out to country music artist Terri Gibbs.

She finally won ‘Entertainer of the Year’ in 1994

She was nominated twice more for “Entertainer of the Year” in 1995 and 1997 but didn’t take either home.

She hosted the ACM Awards for the first time in 1985

Reba McEntire gave away many awards over the years that she hosted and co-hosted the ACM Awards. In 2010, she awarded Taylor Swift with "Entertainer of the Year." (Reuters)

Alongside Mac Davis and John Schneider, McEntire co-hosted the ACM Awards for the first time in 1985, according to KHAK. She co-hosted alongside various male country music artists again in 1987, 1992 and 1993.

McEntire began hosting the ACM Awards by herself in 1999, according to People. She hosted alone for the next ten years.

In 2010 and 2011 she co-hosted alongside Blake Shelton before handing off hosting responsibilities.

After a hiatus from hosting, she returned to the role in 2018

McEntire reportedly wore seven dresses when she hosted the ACM Awards in 2018 after a hiatus. She also donned a pair of slippers with this iconic red gown — which she first wore in 1993. (Photo by Chris Pizzello/Invision/AP) (Invision)

McEntire took several years off from hosting the ACM Awards but returned solo with a strong show in 2018. She was also nominated for “Female Vocalist of the Year,” but she didn’t win.

“I feel really good about coming back because I missed it a bunch,” she said ahead of the 53rd ACM Awards. “When you're sitting out in the audience after being behind-the-scenes and knowing what's going on, you're thinking, 'I wonder what they're doing back there? Are they running long? Are they running short? Ooohh, I wish I knew what was going on back there!'”

According to Taste of Country, McEntire wore seven dresses over the course of last year’s show. One of her most notable looks from the night was an iconic red gown she had first worn in 1993 at the Country Music Awards — only this time she wore the dress with slippers.